How to discover the beauty of Yangzhou in one day?

It's well-known that the east China city of Yangzhou has beautiful fireworks in March, but winter in the city also has gorgeous views and a tenderness that can't be hidden.

Yangzhou is situated in the south of Jiangsu province, at the confluence of the Yangtze River and the Grand Canal. Be it a bowl of steaming beef soup or Yangzhou fried rice, Yangzhou offers a taste of relaxed living and a getaway from the hustle and bustle of urban life. 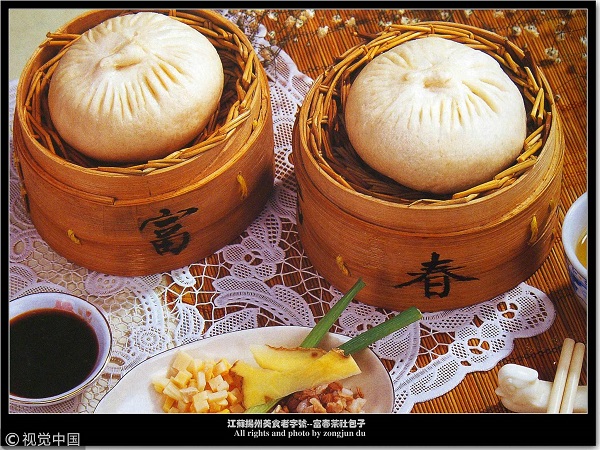 When you are in Yangzhou, don't miss the century-old brand "Fuchun Tea House" and try the "Pi Bao Shui," or crab soup dumplings.

Fuchun, Yechun and Gonghechun are the top three teahouses in Yangzhou. The Fuchun Teahouse is the most popular one and has a history of more than 130 years. First built during the reign of emperor Guangxu during Qing Dynasty (1636-1912), it's also known as "No. 1 restaurant of Huaiyang." For a good start to an early morning in the winter, crab soup dumplings go well with a bowl of shrimp noodles.

Slender West Lake is a man-made lake with stunning views and historic vistas. In addition to enjoying the beautiful scenery while walking along the lake, you can also take a boat.

After wandering along the lake, you could head to the nearby Qingpu Yangzhou Culture museum for a visit. There is a small art gallery inside the cultural center where travelers can experience local culture such as Yangju opera and jade carving.