How to discover the beauty of Yangzhou in one day?

Huaiyang cuisine, originated from east China cities of Huaian and Yangzhou, is among the eight main traditional Chinese cuisines. Its delicacies have won connoisseurs from all around the world. If you come to its birthplace, Crab Powder Ball and The Boiled Chub are must-eats. 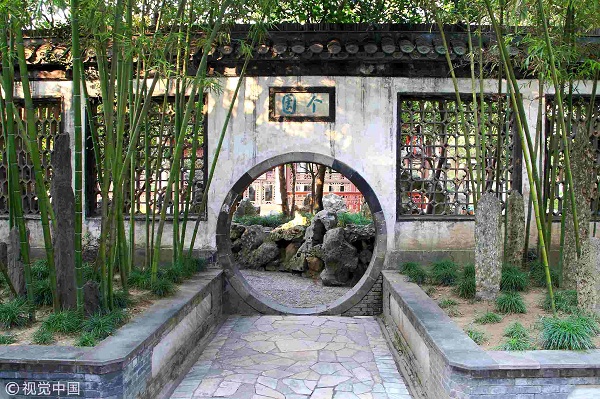 Ge Garden, or Geyuan Garden, is a private residential garden built for Huang Zhiyun, a rich salt merchant during the Qing Dynasty. The unique layout and the ingenious design of the architecture is a great display of the Yangtze people's taste.

The "Four Seasons Rockery" is undoubtedly the most distinctive spot. Four groups of rockeries are stacked with four different types of stones in the garden to reflect the various garden landscapes. Among which, the lake stone rockery represents the summer scenery and the yellow stone rockery shows the autumn scenes. However, in the winter, the garden wears an enchanting coat of white on snowy days.

Dongquanmen and Dongguan Street are regarded as "Shuangdong Historic District." There are many kinds of shops there selling traditional snacks and drinks, and the quiet lanes inside Dongguan Street offer respite for travelers.

After years of reconstruction, many old houses can be seen on the streets of Dongquanmen. This historic district has attracted visitors from home and abroad to relax and appreciate the city's rich culture.