Go on a leisure tour of Yangzhou 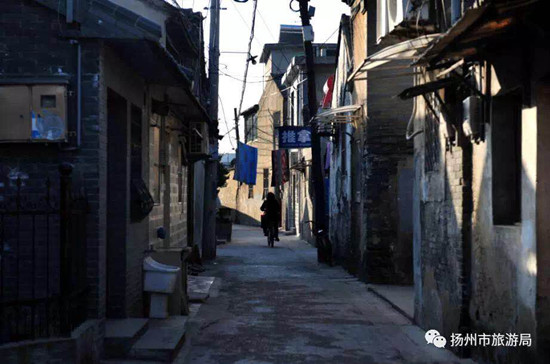 One of the old alleys in Yangzhou [Photo/WeChat account: yzs_lyj]

If you're a local resident or paying Yangzhou a visit, then there are numerous fun activities to keep yourself occupied at the weekend. Here's a rundown of some interesting ways to spend the weekend in Yangzhou.

Yangzhou, a city with a history of 2,500 years, has a multitude of old alleys, 367 to be exact. Walking through these cramped lanes offers you a glimpse of the day-to-day backstreet lives of the local residents.

Spending the night on the Grand Canal

At night, you may board on a boat at the wharf, where you can take a tour along the Grand Canal and enjoy the scenic riverside views.

Fuchai, king of the State of Wu during 495-473 BC, excavated the Hangou Channel, the oldest section of the Grand Canal, in Yangzhou. The Grand Canal runs through the city from the southeast, being skirted on both sides by many historical relics and a wondrous natural landscape.

Finding history on the old bridges

With so many waterways though Yangzhou, there are countless bridges in the city. Stone arch bridges are the most common ones.

According to historical records, the first stone arch bridge in China was built more than 1,700 years ago. The most famous one of this kind in Yangzhou is the Twenty-four Bridge. It was built during the Sui Dynasty (581–618) and is located at the Slender West Lake Park.

Taking a sip in the teahouse

You may spend a relaxing afternoon in Yangzhou's traditional teahouses, listening to the Yangzhou ditties while having a cup of tea.

The Yangzhou ditty is one of the most honored Chinese folk art forms, which dates back to the Yuan Dynasty (1271-1368). It provides a glimpse of the society and common people's lives at that time with graceful lyrics and music. 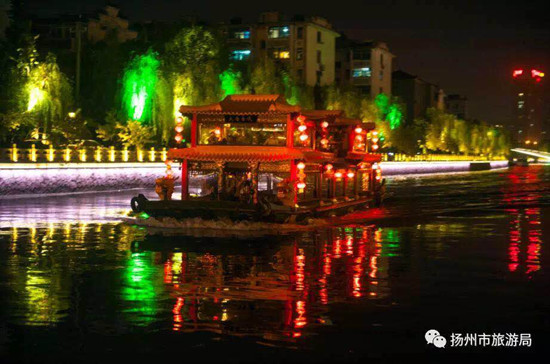 The Grand Canal Yangzhou section is lit up by multicolored lights at night. [Photo/WeChat account: yzs_lyj] 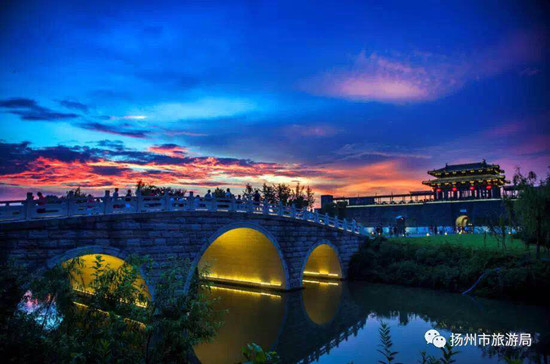 One of the old bridges under the setting sun in Yangzhou [Photo/WeChat account: yzs_lyj] 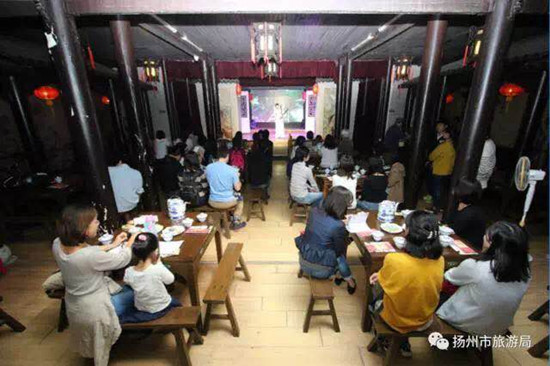 People listen to the Yangzhou ditty at a traditional teahouse in Yangzhou. [Photo/WeChat account: yzs_lyj]