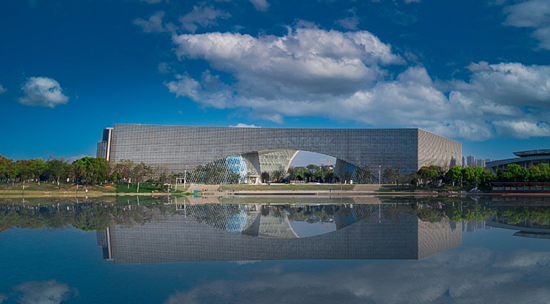 The 144,700-square-meter Grand Canal Theatre in Yangzhou, East China's Jiangsu province, was opened to the public in July 2021.

The theatre that features a 1600-seat opera hall, an 800-seat drama hall, a multi-function hall, and a Chinese opera hall, is the most important cultural complex in the city.

The four theaters are all different in materials, colors, and atmospheres to form a cultural connection with the four seasons of Yangzhou.

1600-seat grand theater: The auditorium is a classic horseshoe theatre built for opera and ballet. It houses approx 1600 visitors in three layers.

800-seat theater: The hall has a horseshoe-shaped plane and a framed stage for children's drama, acrobatics, magic shows, etc. It houses approximately 800 visitors in two layers.

Chinese Opera Hall: In the past Chinese opera was always played outdoor such as courtyard or plaza where the audience can chat and have tea and snacks at the same time. Therefore, a traditional life scene is reproduced in a modern theater: the space is planned like an inner courtyard with an upper balcony around. All the seats and tables are movable and food is allowed here. The transformable screen in front of the stage makes it flexible for different needs.

Lobby in the air: The east and west buildings are connected on the 5th floor by a 50-meter-long sky corridor. It serves as a public and multifunctional lobby with a panoramic view of Moon Lake and the city. The water wave pattern on the ceiling fits the shape of the structural truss and makes the space fluid and light. 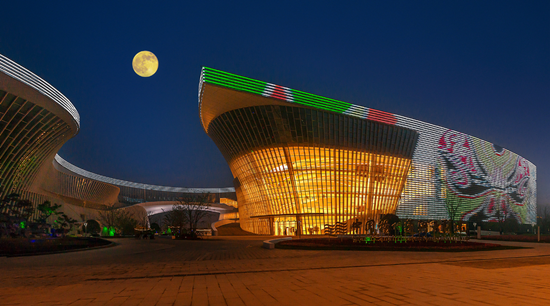 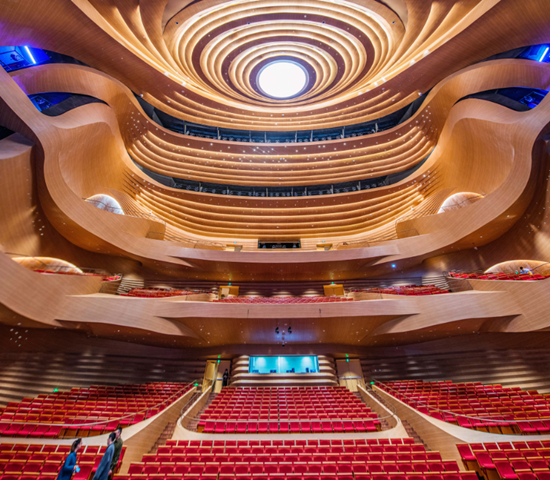