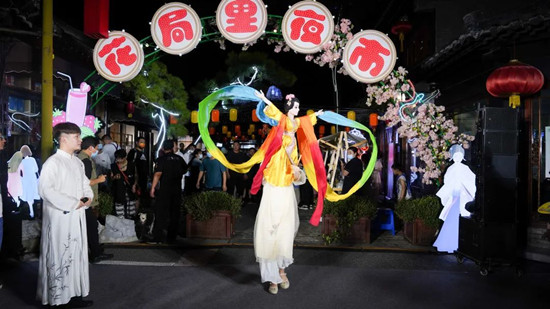 The routes will showcase more than 20 ICH items across the city's scenic spots, museums, ancient towns and villages, according to the authorities.

Here are the four routes.

The No 1 route integrates ICH items with the nighttime economy, making it possible for visitors to experience some ICH items when checking out the night market.

Visitors can learn about the history of some ICH on the No 2 route which features the Yangzhou Dual Museum (Yangzhou Chinese Block Printing Museum and Yangzhou Museum), the cultural block for the three kinds of well-known knives in Yangzhou (kitchen knife, foot-repaired knife and hair-cut knife) and Tianning Temple.

Tourists can visit the China Grand Canal Museum, the ICH hall of Yunhe Sanwan Scenic Spot and the China Huaiyang Cuisine Culture Museum when touring the No 3 route, which is themed on canal culture.