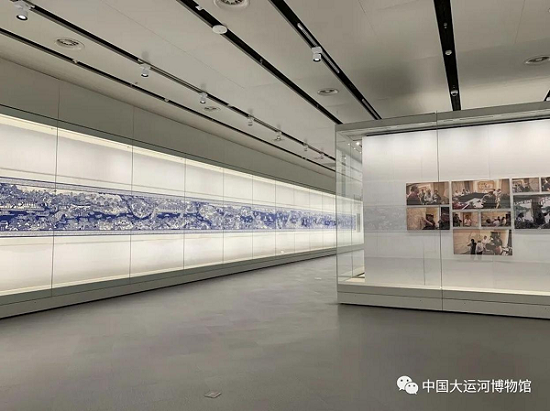 A view of the artworks at the China Grand Canal Museum in Yangzhou, East China's Jiangsu province. [Photo/WeChat account: yzs_lyj]

These artworks, which have a combined length of 100 meters, feature scenes from the eight provinces and cities along the canal.

The artworks were created by Yang Zhaoqun, an inheritor of Jintan paper carving, which is an intangible cultural heritage. Jintan, a county-level city in Changzhou, East China's Jiangsu province, is best known for its paper carving crafts.

The artworks are showcased in the No 5 hall of the museum.