A glimpse of the ancient Yangzhou riverside 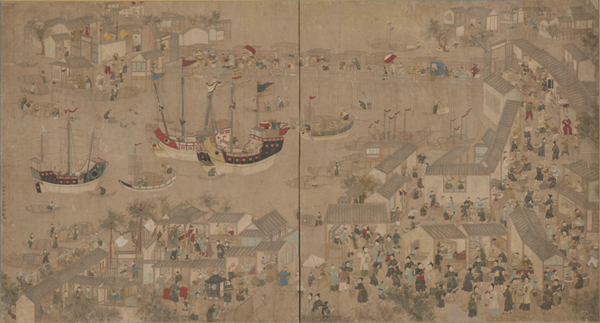 One of the must-see art works in the Yangzhou Museum is the Yunhe lansheng tu.

The hand scroll painting, which measures 174 centimeters long and 94 centimeters wide, provides a glimpse into the economic activities that took place along the Grand Canal, and features daily scenes of Shaobo town, Jiangdu district, Yangzhou in East China's Jiangsu province in the Qing Dynasty. The painting is also considered an important historical reference material for the study of the city.

The painting comprises two parts: business scenes on the canal and prosperous city streets. More than 30 merchant ships and boats and over 300 people in different clothes, expressions and postures are shown in the painting.

Visitors are required to present their identity cards, personal health and travel codes, and undergo temperature checks at the entrance.

Visitors must also don masks, maintain social distancing of at least one meter and avoid gathering in large groups once inside the premises.