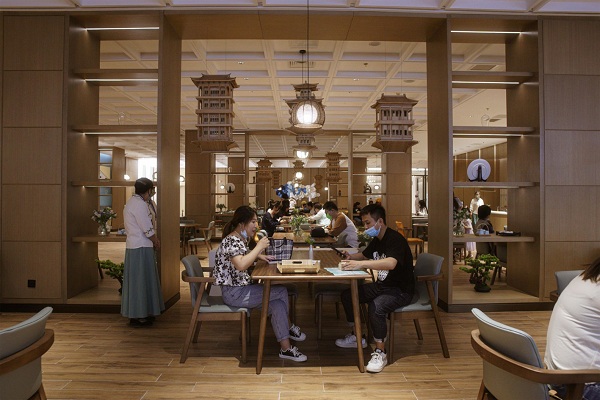 People dine at a Yechun Teahouse restaurant in Yangzhou. [Photo/yznews.com.cn]

There are two restaurants - Shifang Restaurant and Yincui Teahouse - on the ground floor of the museum.

Shifang Restaurant, with a total area of about 660 square meters, can serve nearly 200 people at once. Its dishes mainly include famous foods from cities along the Grand Canal, as well as the intangible cultural heritage food-style of the Red Mansions banquet, providing diners a taste of the cuisines described in the literary classic A Dream of Red Mansions, complete with the appropriate ambience. 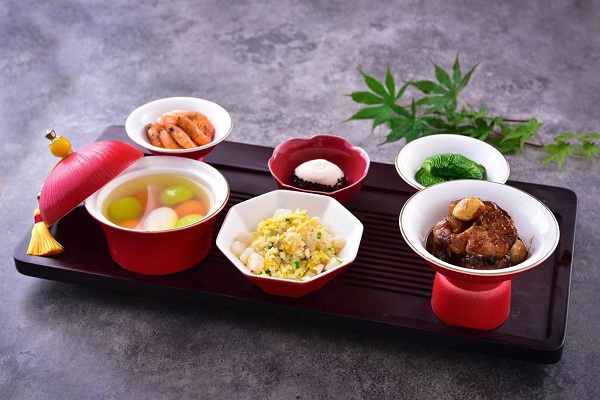 Yangzhou is known as the birthplace of Huaiyang cuisine. [Photo/yznews.com.cn]

The 300-square-meter Yincui Teahouse, located beside the Shifang Restaurant, showcases traditional Chinese tea culture with locally-developed kinds of tea and tea ceremonies. In addition, performances of Yangzhou pinghua (a kind of storytelling in the Yangzhou dialect) and Chinese instruments such as guqin (a seven-string traditional Chinese instrument) and guzheng (a plucked zither) are held.