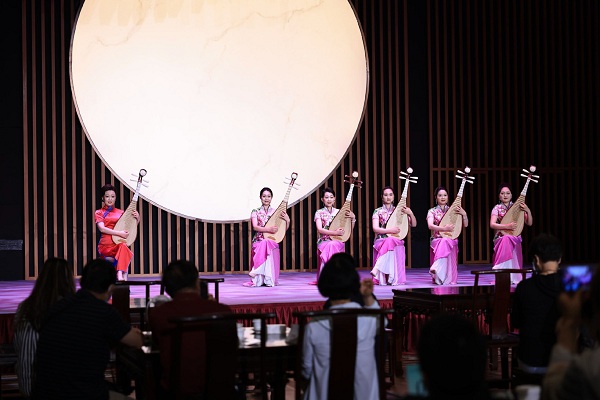 A performance of Yangzhou tanci (storytelling accompanied by stringed instruments) is staged at the Grand Canal Theatre of Yangzhou on June 5. [Photo/yznews.com.cn]

It was the first show staged at the theatre this year in light of the COVID-19 epidemic.

Quyi is a general term for traditional Chinese storytelling and ballad-singing, often performed by one or several people and accompanied by a small ethnic musical ensemble. The art form plays a vital role in Chinese folk culture. Among the current 1,372 national-level intangible cultural heritage projects, 127 fall into the quyi category.

The performance featured a variety of traditional storytelling acts, operas and short sketches themed around Yangzhou, many of which have attracted devoted viewers on the theatre's online platforms. 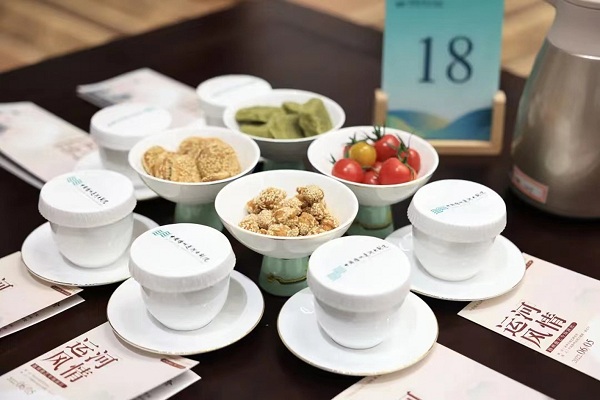 A set of tea and desserts is provided to audience members during the performance at the Grand Canal Theatre of Yangzhou. [Photo/yznews.com.cn]

With a package price of 68 yuan ($10.17), audiences were also able to enjoy tea while watching the performances.

Chen Xi, a Yangzhou native, said she enjoyed eating dessert while watching the performances, adding that she would take her family here again.