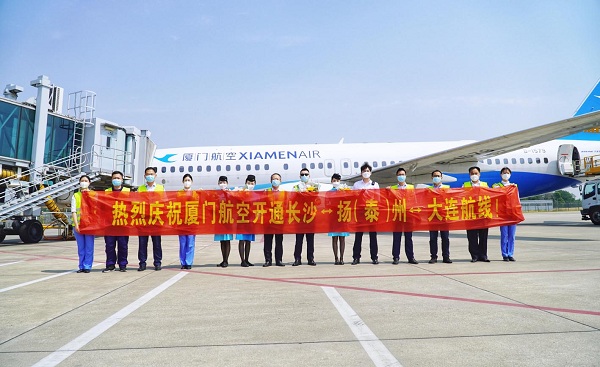 A new flight operated by Xiamen Airlines landed at the Yangzhou Taizhou International Airport on May 23.