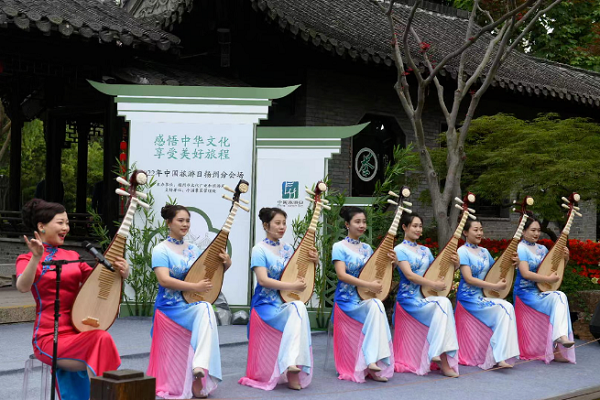 Geyuan Garden hosted an event marking this year's China Tourism Day on May 19.

Sponsored by the local culture, radio, television and tourism bureau, the event featured performances such as an erhu show, puppet show and Yangzhou pinghua – a storytelling performance accompanied by stringed instruments. Knife techniques used to make Huaiyang cuisine were also displayed at the Jiangsu sub-event of China Tourism Day, which was broadcast to visitors in Yangzhou.

Many tourist attractions in Yangzhou provided special discounts for visitors on May 19.

China's National Tourism Day, which was first announced by the Chinese government in 2011, falls on May 19 each year, the date when Xu Xiake, a famed travel writer who lived during the Ming Dynasty (1368-1644), started writing his famous travel books.

Tourists from China and abroad can enjoy free entry to the country's wealth of scenic spots, public museums, memorial halls and patriotic education bases on and around the annual tourism day. 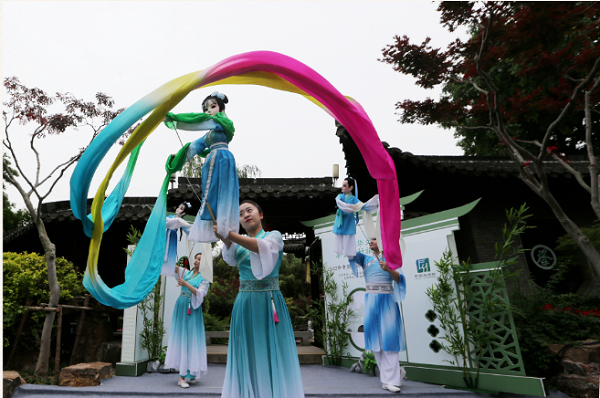 A puppet show is staged at the Geyuan Garden in Yangzhou on May 19. [Photo/WeChat account: yzs_lyj]