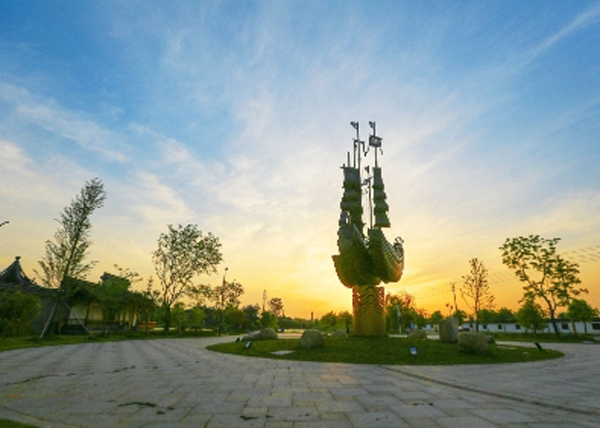 The outside view of the salt transportation museum in Yizheng, Yangzhou. [Photo/yznews.com.cn]

A museum exploring salt transportation in ancient China officially opened to the public in Yizheng, a county-level city in Yangzhou, East China's Jiangsu province, on May 17.

The museum showcases more than 600 cultural relics related to salt transportation, spanning from the Shang Dynasty (c.16th century – 11th century BC) to the early years after the founding of the People's Republic of China in 1949. The relics are of great value to the study of old China's salt industry.

In addition to the relics, there are also a wide range of photos showing the old days of Yizheng.