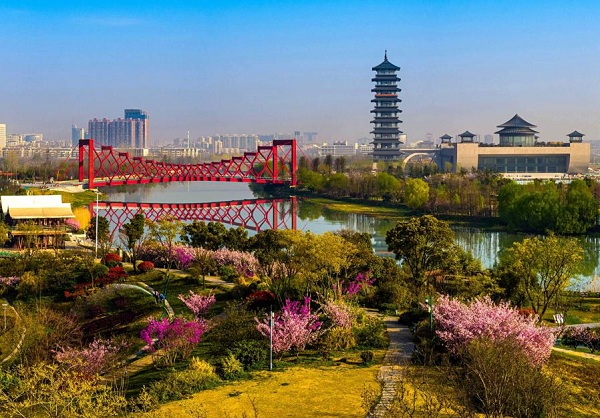 China Grand Canal Museum, located in the tourist city of Yangzhou in East China's Jiangsu province, will reopen starting May 10, which was closed due to the latest outbreak of the COVID-19 epidemic.

The museum will open from 9 am to 5 pm every Tuesday to Sunday. According to the requirements of epidemic prevention and control, visitors should book in advance on its official WeChat account or the official website with a daily limit of 5,000 people.

Visitors to the museum are required to present the identity card, reservation record for visit, personal health code and travel code, as well as show negative results of nucleic acid tests within 72 hours and undergo temperature checks during entry.