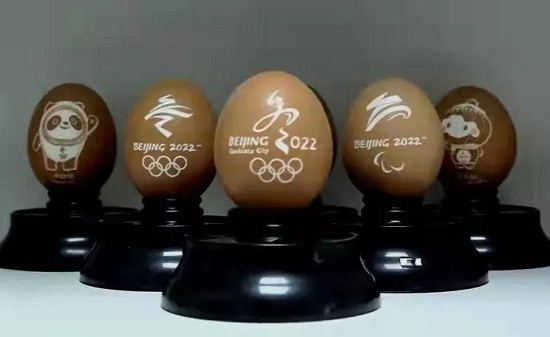 Li created special versions of Bing Dwen Dwen and Shuey Rhon Rhon, the mascots of the Games, as well as snowflakes and skiers.

Among his works was one made from an emu egg. With the icon of the Games in the middle and surrounded by various kinds of snowflakes, the green egg, which is big for an emu egg, has an exquisite beauty.

Eggshell carving is a traditional folk art form that originated from the custom of giving carved eggs as gifts at weddings and birthday parties. It is a sophisticated craft, as it often involves engraving, painting, and embroidery. Given that the carving is made on eggshells, it is often called "the most fragile art,", requiring ultimate precision. 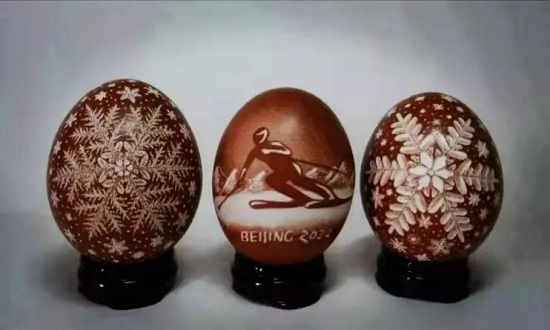 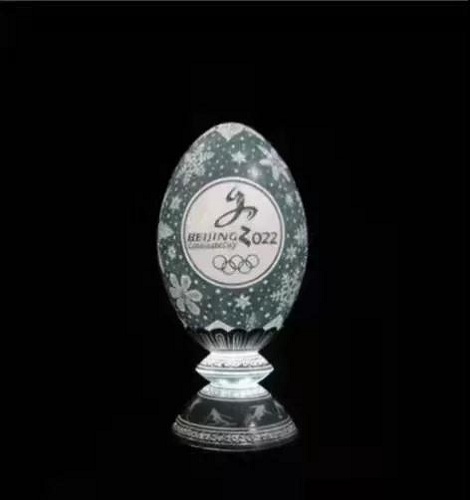 An eggshell carving made from an emu egg. [Photo/WeChat account: yzs_lyj] 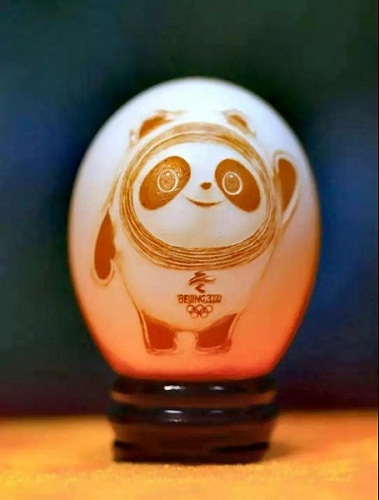