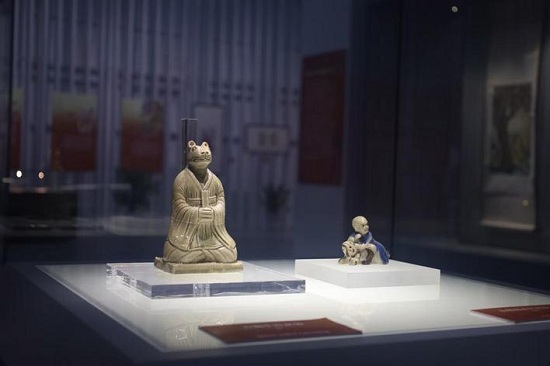 Tiger-themed artworks are on display at the Yangzhou Museum. [Photo/yznews.com.cn]

Tiger-themed artworks are being exhibited at the Yangzhou Museum to welcome the Year of the Tiger in Yangzhou, East China's Jiangsu province, starting Jan 12.

The exhibition was jointly organized by the Yangzhou Museum, Gaoyou Museum, Yizheng Museum, Baoying Museum and Yangzhou Institute of Cultural Relics and Archaeology.

A total of 55 exhibits have been set up, including 29 cultural relics and 26 folk exhibits displaying things like embroidery and clay sculptures.

Zhuang Zhijun, director of the collection department of the Yangzhou Museum, said that changes in how people viewed tigers can be clearly seen through the cultural relics on display.

According to Zhuang, the image of the tiger used to be relatively abstract in bronze mirrors of the Han Dynasty (206 BC-AD 220), while images of the twelve zodiac signs became realistic during the Tang Dynasty (618-907).

According to a worker at the museum, visitors will be able to print tiger-themed engravings during the Spring Festival holiday. Those interested can follow the official platforms of the Yangzhou Museum. 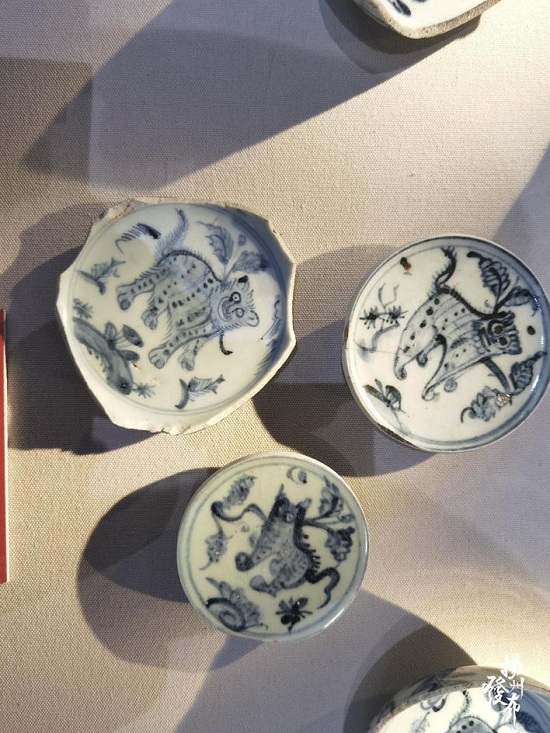 Tiger-themed blue and white porcelain plates are displayed at the Yangzhou Museum. [Photo/yznews.com.cn]