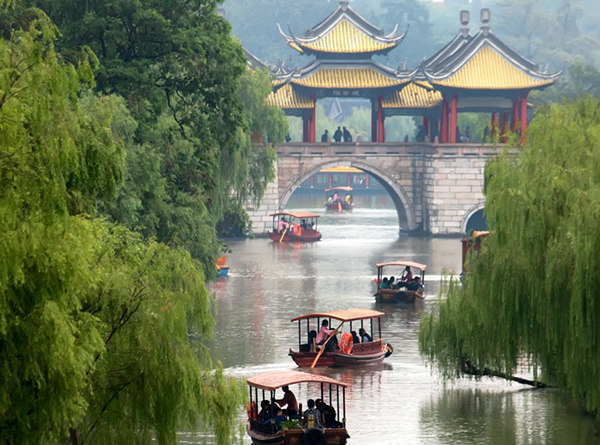 Yangzhou,Jiangsu province, is one of the first Excellent Tourism Cities in China, and one of the country's first 24 historical and cultural cities. It's also one of "China's top 10 leisure cities". It has been honored as "National Civilized  City", and given the United Nation Habitat Scroll of Honor Award.

Yangzhou, with a historical preservation area of 5 square kilometers, is a well-preserved thousand-year-old town. Dongguan Street in the ancient town was honored as one of "China's top 10 famous historical and cultural streets" by the Ministry of Culture in 2010.

Yangzhou is dubbed China's unique "canal city". Digging for the Beijing-Hangzhou Grand Canal began about 2,500 years ago, so Yangzhou has witnessed the origin and amazing history of the Grand Canal in China. 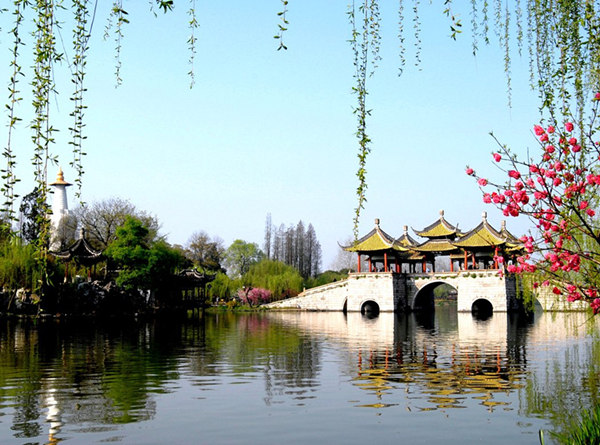 Various routes along the Grand Canal have been developed for tourists to enjoy the historical and cultural relics, such as the Nanmen ruins, the Kangshan  Garden, the former residence of the Lu family, a rich salt merchant in the Qing Dynasty (1644-1911), Wu Daotai's mansion, and the Dongguan Ancient Ferry. These scenic spots have become must-see attractions for visitors from China and abroad. 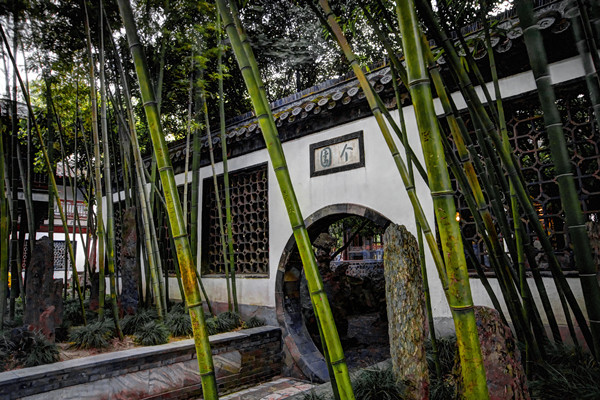 Yangzhou is well known for its greenery and gardens. The Shugang-Slender West Lake Scenic Area is the only "National Cultural Tourism Demonstration Area" in China. The Geyuan Garden, in the city, is one of the top four classical gardens in China. The most famous garden in the late Qing Dynasty (1644-1911), the Heyuan Garden stands out for its double-deck corridors.

In addition, a number of rich salt merchants' former residences in the city reflect the essence of the culture of salt merchants at that time.

Yangzhou is the origin of Huaiyang cuisine, one of China's four major cooking styles. The fried rice in Yangzhou is considered to be the most classic and famous fried rice in China and abroad.

Enjoying morning tea and relaxing in a public bathhouse in the evening is a common leisure activity for locals, which is an extremely enchanting lifestyle for busy people working in a modern city.

A group of high-end leisure facilities such as the Changle Inn, the Slender West Lake Hot Spring Resort, the Yangzhou 1912 Block, and a golf course have brought more attractions and two national honors on leisure service to the city.

The city has also created a unique leisure program that combines auto racing and horse racing with ecological and agricultural tourism. The "Hailang Valley", or "Valley of Waves" water park is a preferred choice for tourists in summer.

A base for helicopters and yachts on Guanyin Island is under construction. It will be used in flight training, aerial photography and sightseeing, and will debut as a top leisure program in Jiangsu province.

Yangzhou serves visitors with dynamic or quiet tastes, and is a preferred choice for leisure travelers.