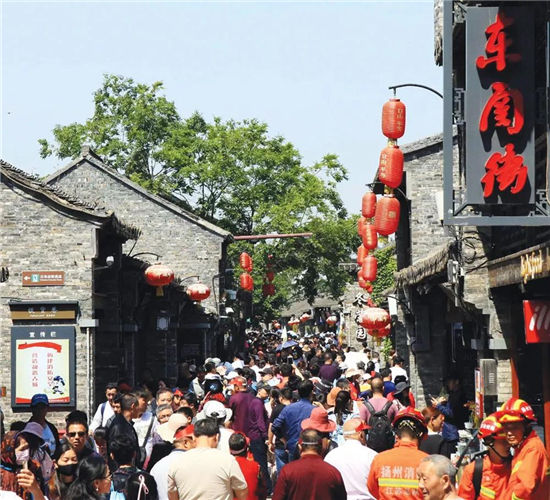 More than 500 ancient alleys cross paths in the center of Yangzhou in an area of less than 12 square kilometers.

The following are four major historical and cultural streets in the city.

Dongguan Street is an ancient alley in the center of Yangzhou and features two large gates on either end.

It is considered to be among the top 10 historical and cultural streets in China and the best preserved commercial street in cities along the Grand Canal.

Renfengli is a traditional residential area in Yangzhou with a pleasant living environment and a strong local character.

The street is the only extant historical area which was administered by the Lifang System in the Tang Dynasty. It is fishbone shaped with a total length of 700 meters and accommodates 149 households and 48 stores.

Nanhexia, a traditional residential area in Yangzhou, houses a series of private gardens and former residences of salt merchants, with a total floorage of 42.03 hectares.

The most famous garden is He Garden, a national key cultural relic protection unit known as "the first garden in the late Qing Dynasty".

Wanzi Street is unique in terms of its block arrangement, which reflects the specific socio-economic and cultural backgrounds of different periods. It is of great historical significance to those studying city layouts and local culture. 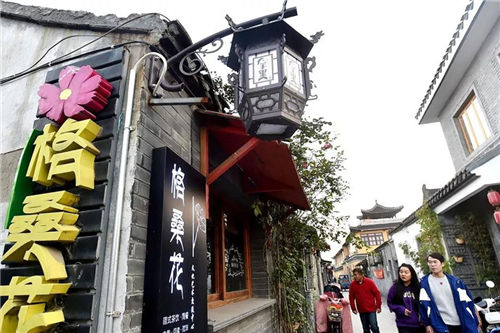 Renfengli is a traditional residential area in Yangzhou with a pleasant living environment and a strong local character. [Photo/WeChat account: yzs_lyj]