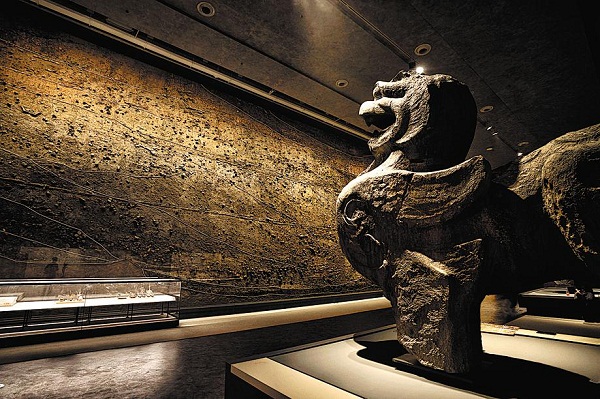 A cross section of the riverbed of Tongji Canal, covering a whole wall, was transported to Yangzhou from Kaifeng, Henan province by archaeologists.[Photo provided to China Daily]

At the China Grand Canal Museum, a recognized marvel of engineering, visitors can see more than 10,000 cultural relics relating to the canal.

The museum is located in the tourist city of Yangzhou in East China's Jiangsu province. Opened to the public in June, its exhibits include ancient books, inscriptions, ceramics, metalwork, calligraphy and paintings.

At the museum, visitors can appreciate two long-term exhibitions, respectively titled The Grand Canal－China's World Heritage and Born of Transportation－Impression of Streets Along the Grand Canal.

There are also nine themed exhibitions, including Boats on the Canal and Canals and Cities in the World, which show the Chinese wisdom in governance of the country, cultural integration, foreign exchange and river technology.

A cross section of the ancient Bianhe River, in particular, is considered by many as the "treasure of the museum".