In celebration of this year's International Museum Day, museums in Yangzhou, East China's Jiangsu province, offered a variety of activities on May 18 in line with this year's theme - the Future of Tradition.

In addition to a cultural relic exhibition, other activities such as a treasure appraisal, lectures, a memorial event and a tea ceremony were also offered. 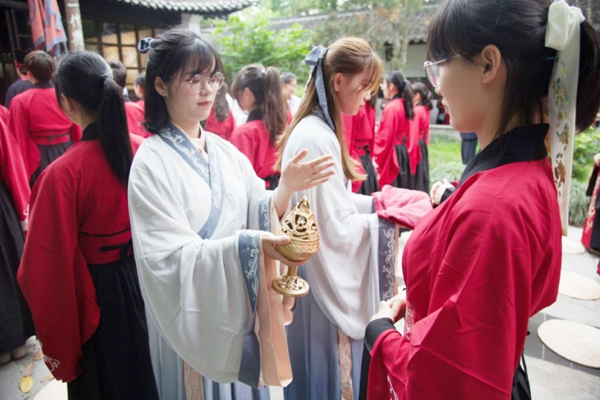 An activity to commemorate Shi Kefa is held at Shi Kefa Memorial in Yangzhou, East China's Jiangsu province on May 18. [Photo/yznews.com.cn]

"On a special day like today, it's important to remember our national heroes and pay tribute to traditional Chinese culture," said a student from Yangzhou University, who participated in the activity to commemorate Shi Kefa, a famous chancellor in the late Ming Dynasty (1368-1644), at Shi Kefa Memorial. 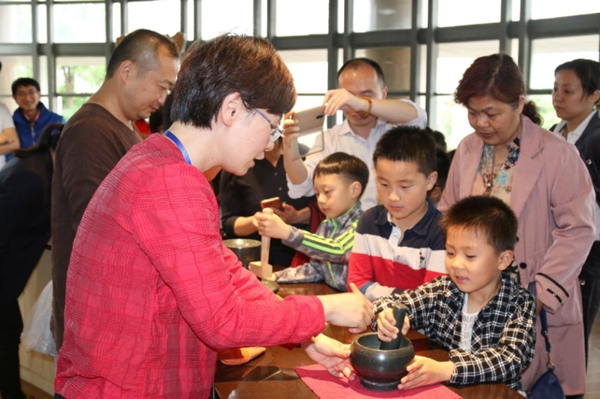 Children experience a traditional Chinese tea ceremony at Yangzhou Museum on May 18. [Photo/yznews.com.cn]

"It is the responsibility and mission for museums to preserve traditional culture so that it may be enjoyed by children and young people," according to Zhong Yulong, deputy secretary of Yangzhou's culture and tourism bureau.

Yangzhou has been striving to build a platform which will allow museums to better communicate with the public. Various cultural exhibitions and activities have been held in the city in recent years.