Take a sip of Song Dynasty in Yangzhou

Part of the painting, Wenhuitu (文会图), created by Zhao Ji, the eighth emperor of the Song Dynasty, shows a tea party being prepared. [Photo/WeChat account: yzs-lyj]

The Song Dynasty (960-1279) was a marvelous period during which many cultural traditions flourished. The period is also known as the Chinese Renaissance, because of its similarities to the European renaissance for making progress in art and technology.

According to historical records, tea-drinking, for example, became very popular at court and in all walks of life since the establishment of the Song Dynasty.

Now you can experience a tea ceremony in traditional style of the Song Dynasty at the Song Jia City Sports and Leisure Park in Yangzhou, East China's Jiangsu province. The park is holding special events to replicate Song’s tea culture. Visitors can experience the procedure of making and enjoying a good cup of tea.

Song Jia City was one of the ancient towns of Yangzhou in the Song Dynasty. Today, integrating natural landscapes, physical fitness and ecological leisure, it is favored by tourists and local residents alike. 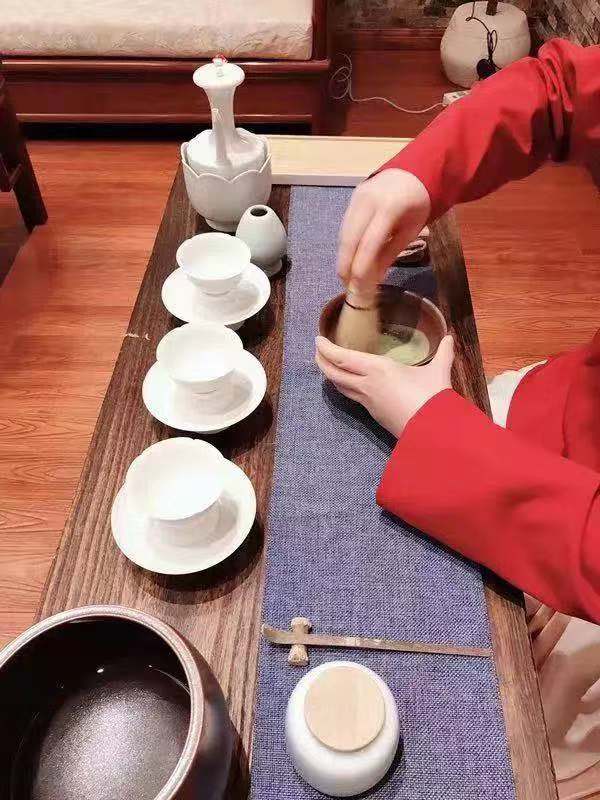