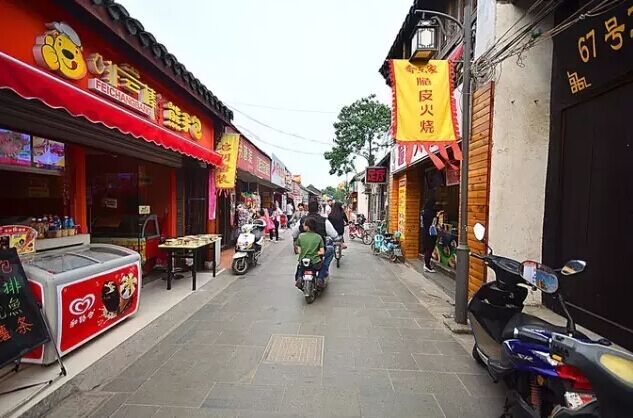 The Caiyi Alley in Yangzhou. [Photo provided to China Daily]

Caiyi Alley (literally known as Colorful Clothing Alley) is a relic in the heart of Yangzhou's historical area, as it was once the lane serving the city's tailors with colored textiles, fabrics, embroideries and costumes. This function of Caiyi Alley was famously documented by Li Dou in his chronicle recording the townscape of Yangzhou during the Qing Dynasty (1644-1911). Relics of fine brick carvings dressing private dwellings left through time temper the alleyway as one of Yangzhou's true rarities.