Yangzhou, a city with a history of 2,500 years, is proud to offer an array of old alleys lined with courtyard houses winding away from the boulevards and public squares of the city. These historic warrens of cramped lanes packed with battered bicycles offer a glimpse of back street life mostly hidden behind gray walls. Picturesque sights and interesting stories await behind their closed doors.

It will be a pity if you miss the following vintage allies of the culturally rich Jiangsu province city during your trip. 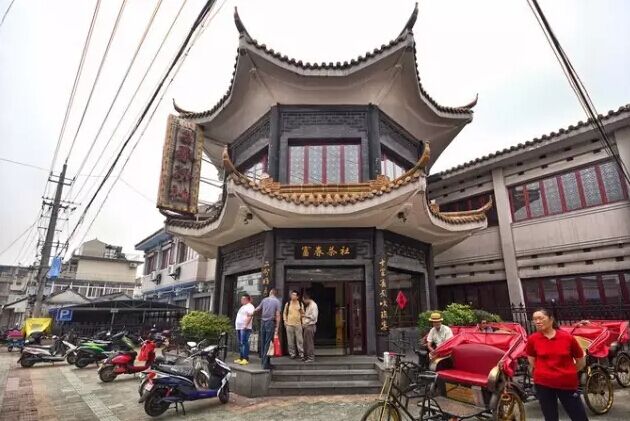 No street is more representative of the bustling life of Yangzhou's wealthiest during the late Qing Dynasty (1644-1911) than Xinsheng Street, a three-hundred-meter-long avenue running across Guoqing Road in the city's Guangling District. In the past, Xinsheng Street was Yangzhou's foremost residential street for the rich, attracting celebrities and foodies with its many old brick taverns and eating houses. It is where the century-old Lvyang Hotel first started its venture, and has now been included into provincial cultural relics. The street used to be an icon of Yangzhou in days of old.