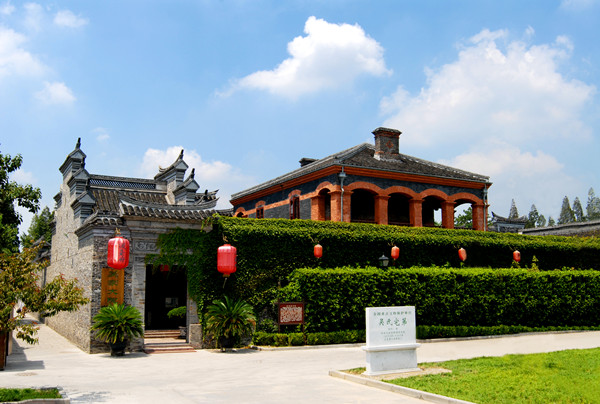 Wu Daotai Mansion locates in Guangling District in Yangzhou. It is regarded as one of the three famous residential houses in southern China during the late Qing Dynasty (1644-1912), together with Hu Xueyan Mansion in Hangzhou, Xue Fucheng Mansion in Wuxi. The house features a grand architectural scale, compact structure and exquisite carvings, representing the unique building style of Zhejiang. It is the largest office house in Yangzhou. It is the National Key Cultural Relics Protection Unit.

In 1888, Wu Yinsun took office in Zhejiang's Ningshao Daotai. At the same time, he also served as the supervisor of Zhejiang Province. Daotai refers to an ancient official title in at the Qing Dynasty. In ancient China, people preferred to call others by the surname plus position to show respect. Hence, his Mansion was rather called as the Wu Daotai Mansion than the Wu Yinsun Mansion.

Wu Daotai showed the particularly competent talents in officialdom. He planned the coastal defense, built fortresses, reinforced the turrets, purchased armaments and trained recruits in person. Therefore the coast defense troops within his jurisdiction were well organized. He made remarkable political achievements and was also quite appreciated by local people.

Wu Daotai Mansion is a rectangular courtyard, covering for 4,000 square meters. It is said that in the ancient times, the number of the private houses could not exceed 100, so Wu built 99.5 rooms to the maximum number. There are 86 rooms left today. Along the central axis, there is the entrance hall, western-style building, Zhuque Hall, Liang Pavilion, fish pond and Cehai Building. There are tall and spacious bedrooms in the west.

The brick carvings on the lintel on the main entrance are very beautiful and two exquisite stone lions stand in front of the door. There is a pair of the stone drums, as tall as people, standing outside the entrance hall.

The most important building in the whole mansion is the library building, imitated by the Tianyi Pavilion in Ningbo. The Cehai Building once had a collection of more than 240,000 books in history. Unfortunately, most of them were lost due to the social change and flames of war.

The fish pond in front of Cehai Building is made of the rectangular granite. It is rectangular and surrounded by iron railings with flowers. The water in the fish pond will never be bottomed out, because there is an underground pipeline linking to the ancient Grand Canal. It is the biggest private fish pond among the residential houses in Yangzhou.