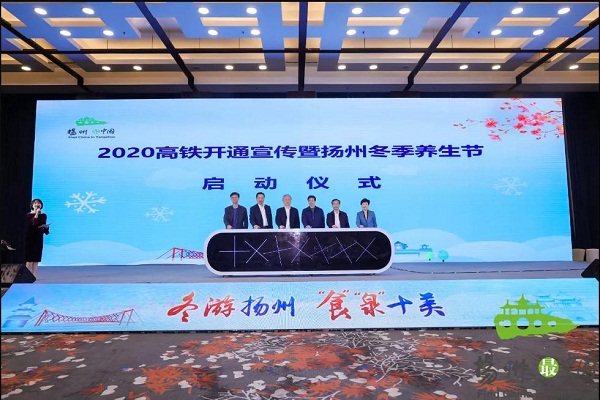 Yangzhou promoted its winter tourist destinations and travel routes in Shanghai on Dec 7, seizing the opportunities brought by the integrated development of the Yangtze River Delta.

The Lianyungang-Huai'an-Yangzhou-Zhenjiang railway line, scheduled to start operation in December, is expected to cut travel time between Shanghai and Yangzhou to about 1.5 hours from the current 4-hour driving time, according to Ji Peijun, director of the Yangzhou cultural radio, television and tourism bureau.

Ji said that Yangzhou will organize a series of events this winter lasting until next February, especially during the New Year and Spring Festival holiday. 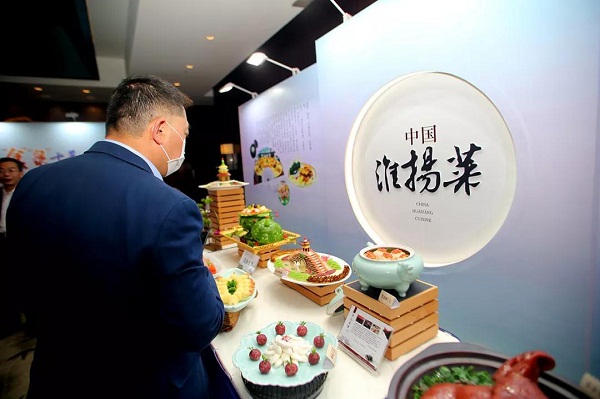 As this year's winner of the "UNESCO Creative City of Gastronomy" title, Yangzhou will host several food festivals featuring numerous flavors and health benefits which can fortify visitors against the cold as well as whet their appetite. 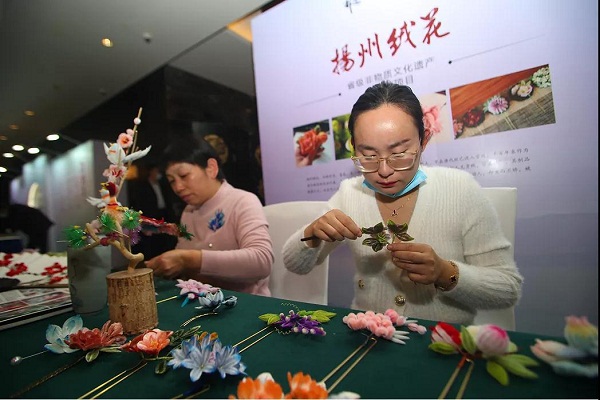 Many local travel agencies have promoted one-day and two-day tours for tourists from Shanghai and other cities along the new railway line, said Zhang Ronghui, deputy director of Yangzhou Tour Center.

According to the favorable policies on tourism released by the local government, students from colleges, middle schools and universities can visit six tourist attractions for free with valid certificates during the winter vacation, including Slender West Lake, Daming Temple, Geyuan Garden, Heyuan Garden, Hanling Garden or the imperial tomb of Guangling King, and the Memorial Hall of the Eight Eccentric Painters of Yangzhou.

The six tourist attractions are also free for guests and athletes participating in international conferences and competitions, according to officials.