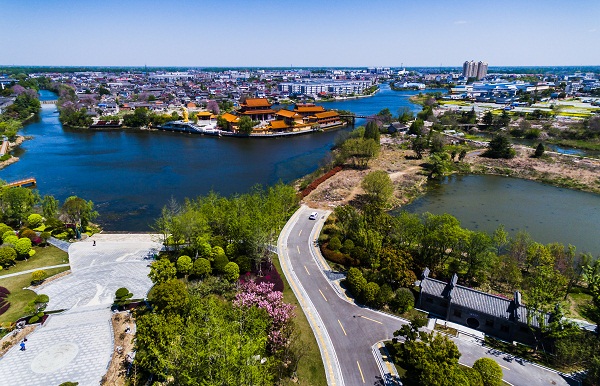 Chitralekha Basu and Song Wenwei travel to Yangzhou, looking for the origins of the world's longest man-made watercourse.

Yangzhou was where the journey of China's Grand Canal began, if you went by the book.

Construction on the world's longest manmade watercourse - and also one of its earliest, as records show the canal has existed since at least the 5th century BC - started right here.

"Yangzhou is associated with the earliest recorded instance of digging for the canal," says Gu Feng, a spokesperson of the information office of Yangzhou municipal government.

We are on our way to the ancient town of Shaobo, roughly 85 km away from Jiangsu's provincial capital, Nanjing.

Shaobo is the viewing point nearest to Yangzhou where one might connect with the history of a waterway that has served as a vital link between China's north and south - from Beijing to Hangzhou - for more than 2,500 years.

The canal was conceived as a strategic conduit by Fuchai - the King of the State of Wu, who ordered its construction in the late Spring and Autumn Period (770-476 BC).

It was primarily intended to carry supplies to feed his army as he had ambitions of invading the northern states.

Later, the Grand Canal evolved into a principal trade route.

During the Tang (AD 618-907) and Song (960-1279) dynasties, the canal - by then a well-entrenched network of waterways, connecting the major towns and marketing hubs in the provinces of Zhejiang, Jiangsu, Shandong and Hebei - reached its peak. It transported merchandise from the South to the emperor in Beijing.

Shaobo sounded like a place that had taken on the imprints of the significant milestones in the canal's life and preserved these in an album - and that, too, as we later found out, all within a 1-km radius.

Here's where we meet Gu - a repository of information and anecdotes about Yangzhou, with whose history the canal is indelibly linked (see sidebar).

By AD 600, the waterway linking Beijing to Hangzhou and subsidiary streams feeding the main channels were all connected, Gu says.

During the Tang Dynasty's rule, Yangzhou was the country's third-largest city. It marked the midpoint of the canal, cutting across China from north to south.

"It was a communication hub that linked China with the outside world, much like Paris and London, in terms of influence," Gu says.

The cosmopolitan aura that once surrounded this place is no longer self-evident. 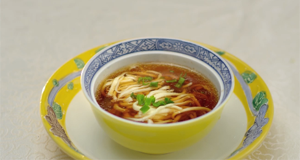