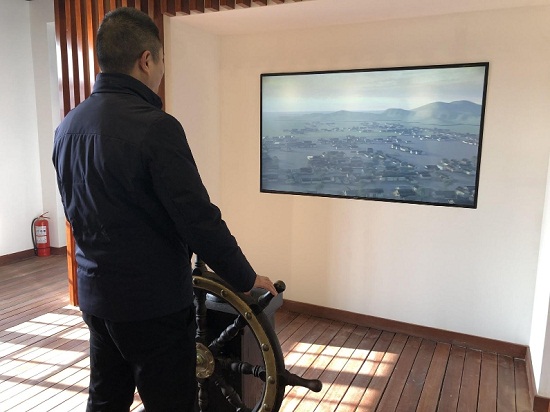 The hall, located at No 50 Sangyuan Road, occupies 454.3 square meters. Originally built in 1937, its wooden four-layer building was renovated from the previous Liyuan Silkworm Egg Production Manufacture of Jiangsu Province.

"This unique building was designed to tell the legendary history of Yangzhou, which was the starting point of the canal and the hub of Maritime Silk Road," said Ma Yan from the culture and tourism bureau of Guangling district, Yangzhou.

Ma explained that the hall comprises a preface hall, a movie viewing area, and areas that detail the beginnings of the Maritime Silk Road, international communications, and economic and cultural interaction. Visitors can learn about the culture of the Grand Canal and Maritime Silk Road through illustrations and text through physical displays and interactive experiences. 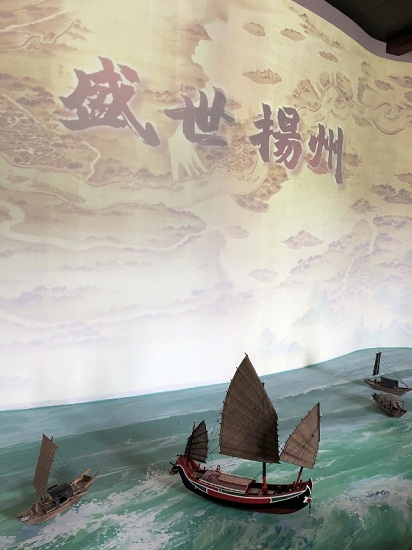 Visitors can learn the history of Yangzhou as the starting point of the canal and the hub of Maritime Silk Road in a documentary. [Photo/yznews.com.cn]

On the hall's first floor, a large display screen comprising seven parts repeatedly plays a documentary about the city's historic relations with the canal and the silk road.

On the second floor, there is a picture scroll from the Yuan Dynasty (1271-1368) which depicts prosperous life in ancient Yangzhou. In the picture, visitors can see ancient citizens living along rivers, boats floating on the canal, and vendors peddling goods on the streets. Push-button pictures of legendary celebrities, such as Jianzhen, a Chinese monk of the Tang Dynasty (618-907) who spread Buddhism to Japan, and Italian explorer Marco Polo reveal their stores and experiences of the canal and the road.

Visitors can also try using a rudder to experience sailing along the Maritime Silk Road from ancient Xi'an, Luoyang, Bianzhou and Yangzhou.

The hall was also included as an on-the-spot class for government officials. 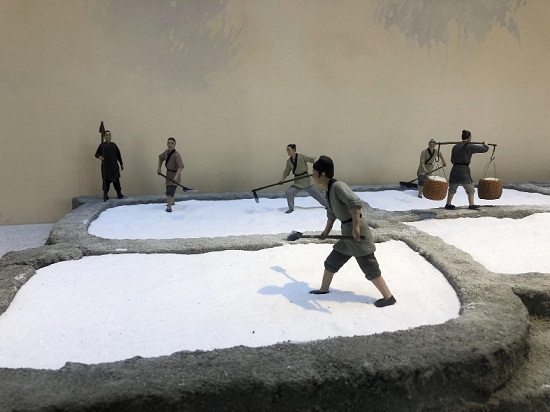 Yangzhou is known as a water transportation hinge and the biggest salt distribution center in history. [Photo/yznews.com.cn]