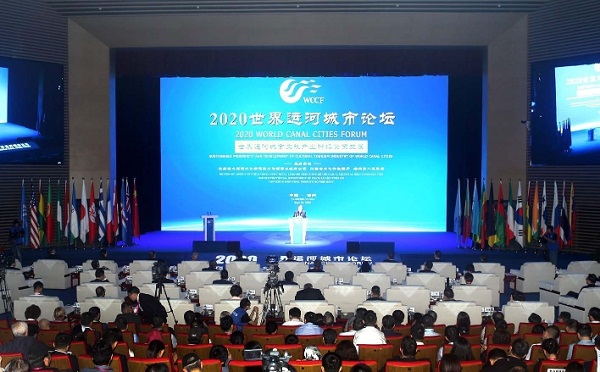 In light of the COVID-19 pandemic, guests who could not be present in Yangzhou took part online. They shared their experiences related to canal culture and provided useful advice on the development of the world's canal cities and culture.

Grand Canal culture in China is currently experiencing a golden age unlike anything seen throughout history, as the country has ramped up efforts to protect the Grand Canal and has issued a plan to construct national Grand Canal culture parks, said Liu Qibao, vice-chairperson of the 13th National Committee of the Chinese People's Political Consultative Conference (CPPCC), at the forum.

A variety of activities, such as the 2020 Canal Carnival and the 2020 World Canal Cities Food Expo, were also staged during the event in a bid to further demonstrate the cultural charm and vitality of the Grand Canal.