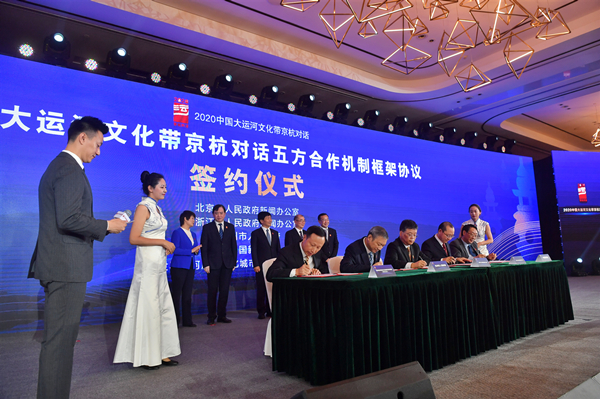 The signing ceremony for the multilateral cooperation agreement to preserve and promote Grand Canal culture. [Photo/IC]

The Beijing-Hangzhou Grand Canal is an ancient waterway system that extends throughout the northeastern and central-eastern plains of China, running from Beijing in the north to Zhejiang province in the south. It was inscribed on the UNESCO World Heritage list in 2014.

The dialogue aims to push forward the national guideline to protect and take advantage of resources in the Grand Canal so as to turn it into a platform for open communication with the world.

Culture and tourism authorities in Beijing and Zhejiang also signed a cooperation agreement to facilitate the development of cultural tourism in both places.

A series of financial products revolving around Grand Canal culture were jointly released by Bank of Beijing and Bank of Hangzhou on site. 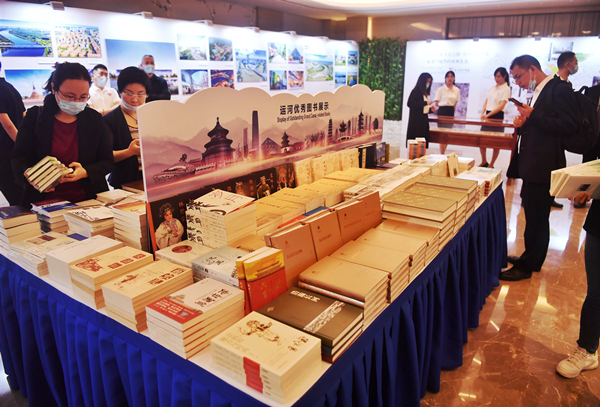 Grand-Canal-themed books are displayed at the opening ceremony of the second Beijing-Hangzhou Dialogue. [Photo/IC]