Located at the intersection of the 1,794-km-long Grand Canal and the Yangtze River, the ancient city of Yangzhou used to be a trade center along the ancient Silk Road.

First built in 486 BC during the Spring and Autumn Period (770-476 BC), Yangzhou developed into a famous port city after the construction of the Grand Canal during the reign of Emperor Suiyang of the Sui Dynasty (AD 581-618).

As a water transport hinge and the biggest salt distribution center in history, Yangzhou was one of the 10 most populous cities in the world along with Beijing, Nanjing and Guangzhou at the beginning of the 1800s.

Today, the 28-km stretch from Yangzhou water gate to Guazhou water gate is still in use as a major means of transport. Visitors can also admire the beauty of Yangzhou from the canal. 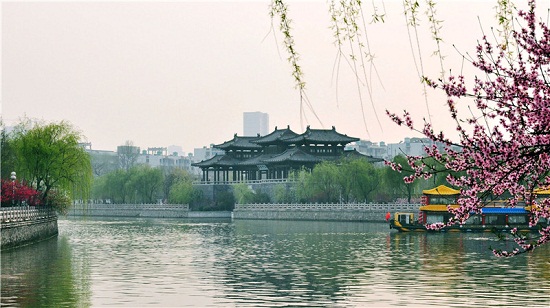 A spring view of the Yangzhou section of the Grand Canal [Photo/yznews.com.cn] 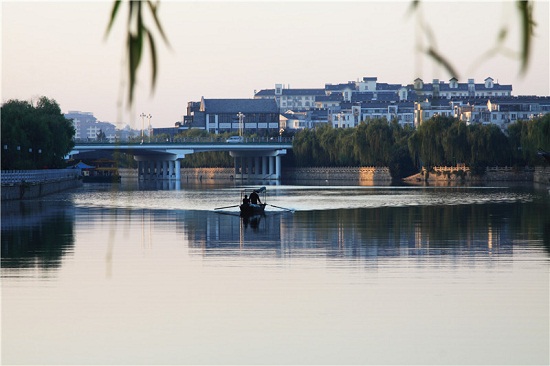 Visitors take a boat on the Grand Canal. [Photo/yznews.com.cn]