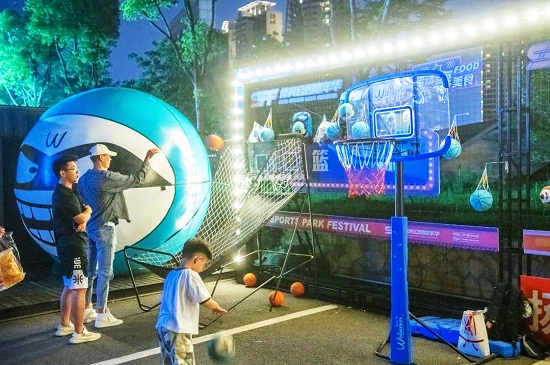 People can enjoy over 20 sports at night there, including basketball, football, baseball and karts. Delicious snacks and drinks are also offered inside. 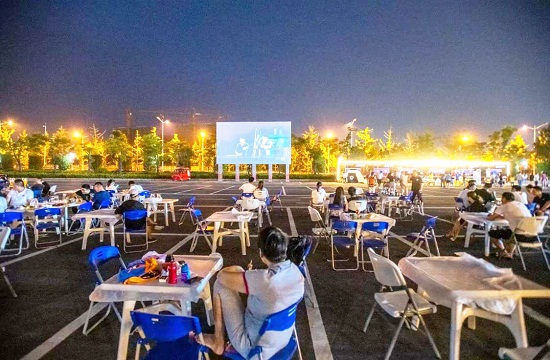 The only drive-in movie theater in Yangzhou is located in Yangzhou Sports Park. [Photo/yznews.com.cn]

According to Ji, the drive-in movie theater will not only play movies, but also broadcast sports games, especially the 2020 season of the Chinese Football Association Super League which kicked off July 25.

In its first stage, scheduled from July 25 to Sept 28, the games will be played in Suzhou, Jiangsu province, and Dalian, Liaoning province. The 16 clubs will be divided into two groups according to their final standings last season.

The Yangzhou Baguai Football Fan Club will organize supporters' events in Yangzhou Sports Park for the Jiangsu Suing team, which many locals cheer for and which will play in the Dalian Division, organizers said.