Cinemas in Yangzhou reopen after six months of closure 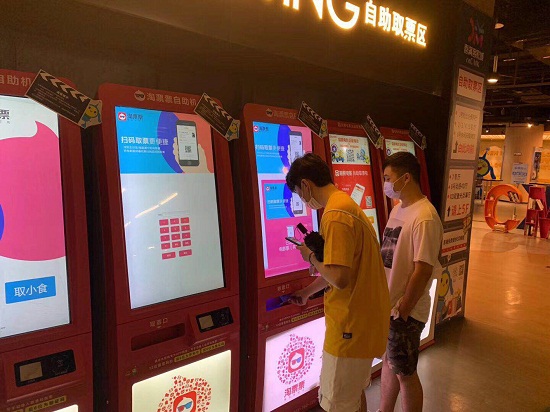 Cinemas in Yangzhou, Jiangsu province, reopened on July 20 after the China Film Administration lifted restrictions that were introduced in late January to curb the spread of COVID-19.

Yu Shitao from the Yangzhou Living Mall Branch of Cinemark Cinema said the tickets for the first film showing at 4 pm sold out in six minutes.

"We were surprised to see all the tickets sold in such a short time," said Yu. "We are confident about business in spite of being closed for 180 days."

A First Farewell, an award-winning movie about two children in Northwest China's Xinjiang Uygur autonomous region, was among the few popular newcomers to hit theaters, while many others were re-screened box office hits, including Chinese blockbuster Wolf Warrior II, Disney-Pixar animation Coco and 2019 crime film Sheep Without a Shepherd.

More cinemas in the city will reopen in waves, according to officials. They will offer discounts up to 50 percent on tickets to attract viewers. In addition, viewers are required to wear masks for the duration of the screening, and cinemas will not sell snacks or drinks.