108-meter tower along Grand Canal to finish construction in November 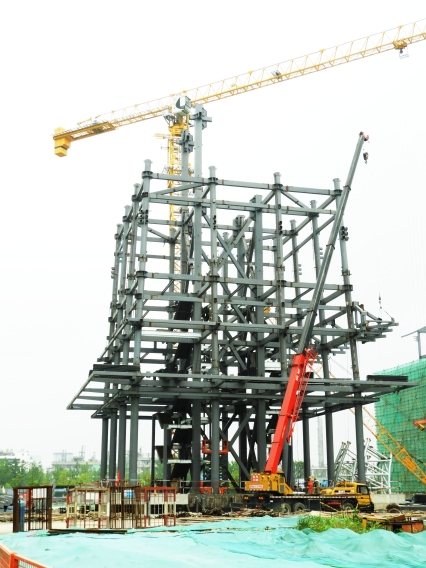 A 108-meter-tall pagoda, one of the main buildings of the currently under-construction China Grand Canal Museum in Yangzhou, East China's Jiangsu province, will finish construction in November, local media reported on June 7.

The China Grand Canal Museum, which is being built in Yangzhou's Sanwan Park and covers an area of 200 mu (13.3 hectares), will consist of a four-story building shaped like a ship and a 100-meter-tall pagoda. It has been designed by architect Zhang Jinqiu, who is a member of the Chinese Academy of Engineering.

The pagoda will resemble those built in the Tang Dynasty (618-907). It will be 11 stories high, and include one underground floor. From the top, visitors will be treated to panoramic views of Sanwan Park. 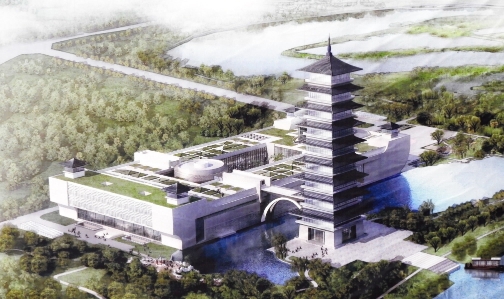 A planning map of the China Grand Canal Museum [Photo/yznews.com.cn]

The Grand Canal is a vast waterway system in China that runs from Beijing in the north to Hangzhou, Zhejiang province, in the south. It extends nearly 3,200 kilometers and passes through eight provinces and municipalities.

In 2014, about 1,000 km of the man-made waterway was listed as a UNESCO World Intangible Cultural Heritage site. Roughly a third of that runs through Jiangsu, according to the provincial government.

Although the Grand Canal is not as important in terms of transportation as it was two millennia ago, it has become an important and impressive cultural symbol for the Chinese people, said Mei Yaolin, director of the Jiangsu Institute of Urban Planning and Design.