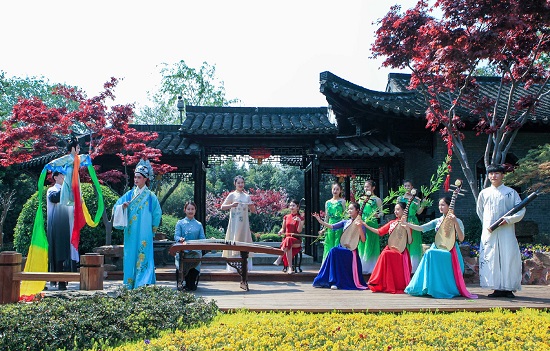 The performance, integrating Yangzhou storytelling, puppetry, singing and dancing, will be staged at 9:30 am every Saturday and Sunday.

The performance has been praised by many visitors as perfectly harmonizing local opera and intangible cultural heritages in Yangzhou. Audiences can learn about the city's history, the protection of ancient Yangzhou, the beauty culture, folk culture, salt merchant culture, catering culture, paintings, poetry, Yangzhou-style flower bonsai, local arts and crafts, and folk songs while enjoying the show.

This is the first time the performance has been staged outdoors, due to the ongoing epidemic. Visitors are able to take a close look at the special show and enjoy a special cultural tour in Geyuan Gard