A free tour to Gaomin Temple

Tourists in Yangzhou, a renowned tourist destination in East China's Jiangsu province, have the chance to receive a free tour this Saturday (Dec 28).

The first 70 people to dial the registration hotline – 15152788979 – will receive a free tour of Gaomin Museum. The tour, composed of two sessions, will see guests accompanied by a senior national-level tour guide.

Those attending the morning session should meet at Tianning Temple at 8:30 am, while the time for those participating in the afternoon session is 13:30 pm.

Gaomin temple, located in the southern suburbs of Yangzhou, is a Buddhist temple under State protection. It was considered one of the eight great temples of Yangzhou during the Qing Dynasty.

The temple was first built in the Sui Dynasty (581-618), and expanded twice in the Qing Dynasty (1644-1911). Both Emperor Kangx and Emperor Qianlong visited the temple on their southern tours.

Now, the temple has become an important place of religious activities and a tourist attraction in Yangzhou. 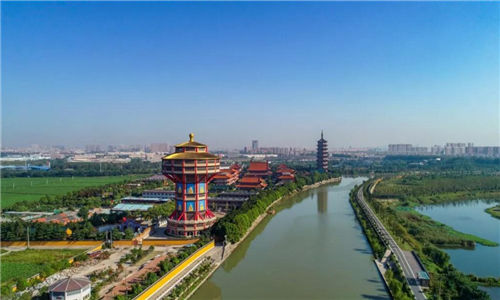 Gaomin Temple, located in the southern suburbs of Yangzhou, is a Buddhist temple under State protection. [Photo/WeChat account: yzs_lyj]