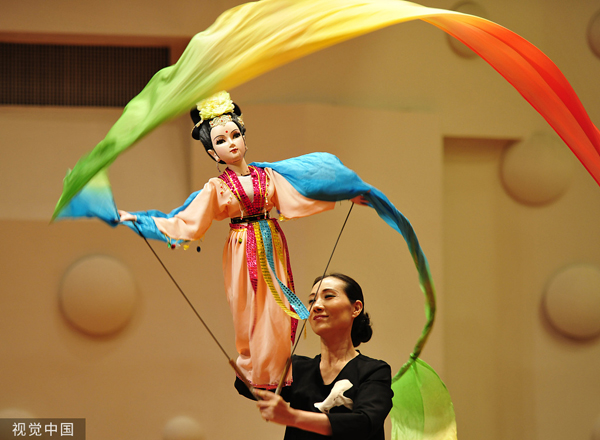 Yangzhou is one of the cradles of Chinese puppetry. In the Song Dynasty (420-479), Yangzhou puppets were widely spread across China. There were puppetry performances everywhere – in villages, along roads, in temples and in the imperial palace.

During the Qing Dynasty (1644-1911), Yangzhou puppetry absorbed the advantages of Kunqu Opera, Peking Opera and other operas, and after several generations of artists' creation, it finally formed the unique style of rod puppet performance we see today.

The puppets have aesthetic romantic colors and exaggerated action. The shows are lively and vivid, and give audiences unlimited space for imagination. Rod puppet shows have won over countless audiences with their exquisite acting techniques, beautiful arrays and humorous atmosphere.

The rod puppet show was included in the national intangible cultural heritage list in 2008.