Yangzhou in East China's Jiangsu province was designated as a UNESCO Creative City of Gastronomy ahead of World Cities Day, which falls on October 31.

The UNESCO Creative Cities Network (UCCN) was created in 2004 to promote cooperation among cities that have identified creativity as a strategic factor for sustainable urban development. The network covers seven fields - crafts & folk art, design, film, gastronomy, literature, media arts and music, and now includes a total of 246 cities.

China now has four UNESCO Creative Cities of Gastronomy, the other three being Chengdu in Sichuan province, Shunde in Guangdong province and Macao Special Administrative Region.

Nanjing, capital city of Jiangsu, also made the list this year as a UNESCO Creative City of Literature.

Yangzhou, with a history of more than 2,500 years, is among the first batch of national historical and cultural cities designated by the State Council.

The city is renowned for its Huaiyang cuisine, which is widely esteemed in Chinese culinary circles and considered to be one of the Four Great Traditions that dominate the culinary heritage of China, along with Cantonese cuisine, Shandong cuisine and Sichuan cuisine.

In August 2001, the Chinese Cuisine Association recognized Yangzhou as the country's first home of cuisine. 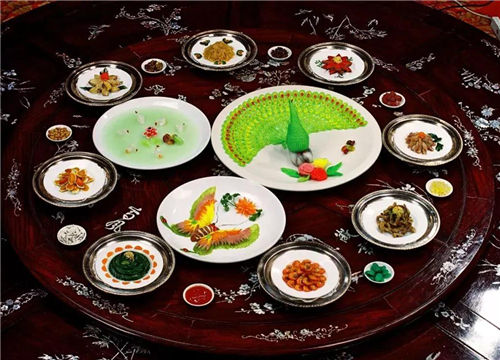 Yangzhou in East China's Jiangsu province is designated as a UNESCO Creative City of Gastronomy, ahead of World Cities Day, which falls on October 31. [Photo/WeChat account: yzs_lyj]