The Mayors' Forum of the Culture Cities from China, Japan, South Korea and ASEAN countries concluded on Oct 25 in Yangzhou, East China's Jiangsu province with the announcement of the ASEAN plus China, Japan and ROK Culture Cities Yangzhou Initiative.

The event coincided with the launch ceremony for the ASEAN plus China, Japan and ROK Culture Cities Network.

Xia Xinmin, mayor of Yangzhou, noted at the forum that the network comes as a result of the agreement reached by state leaders at the 21st ASEAN Plus China, Japan and ROK Summit and will serve as a significant platform in promoting regional cultural cooperation between the Asian countries.

The Yangzhou Initiative announced at the forum proposes that more efforts be made to enhance cultural exchange and cooperation among the countries based on mutual respect and understanding.

It calls for more efforts to strengthen links in the field of tourism through the implementation of preferential policies, tourism information sharing and the use of common road signs.

The initiative also stresses youth exchange in fields such as sports, film and television so as to facilitate mutual understanding and friendship. 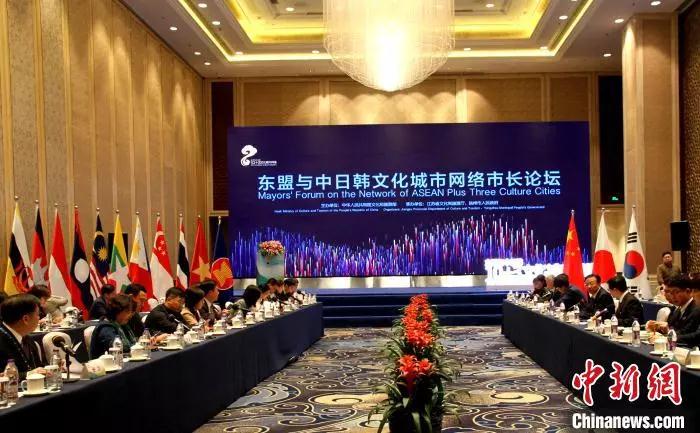