Originated from Taixing in East China's Jiangsu province not far from Yangzhou in 1957, the puppetry troupe recruited its first 16 members in 1962.

Yan Yu, one of the first members, recalled the development of the troupe.

It took the young actor two years to become a protagonist. "I studied how to operate the puppets in the beginning and in the meantime learned to sing Peking Opera," said Yan. "The actors were performing behind the scenes then, and when I had a solo performance, other members would assist me, which allowed me to concentrate on my singing part."

Yan began to be active on the puppet show stage, taking the leading role in some excellent programs. An invitation from a US producer in 1995 offered a fresh chance for the troupe to develop a new performing style -- actors and puppets sharing the same stage.

After that, a series of this kind of play created by Yan and her team members won national prizes and was shortlisted as a national intangible cultural heritage in 2008. 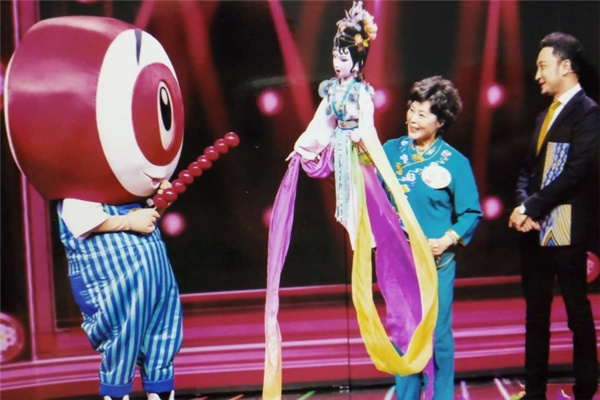