More than 300 items from 23 museums and institutions nationwide were on show, attracting 253,000 visitors. The exhibition also offered an abundance of activities that taught local youngsters about the canal culture in Yangzhou.

The show detailed the history of cities along the Grand Canal, including their cultural exchanges, population migration, and economic and trade exchanges.

The venue's staff members put together 10 guest books, each of which was filled with comments by visitors on the experiences at the exhibition.

A visitor from Shandong province, who went to the exhibition while traveling in this time-honored city, wrote: "I gained an overall impression of canal culture from the show in Yangzhou after visiting so many cities with different canal cultures along the Grand Canal."

Other sideline activities, such as embroidery classes, also provided the public with an in-depth understanding of Grand Canal culture. 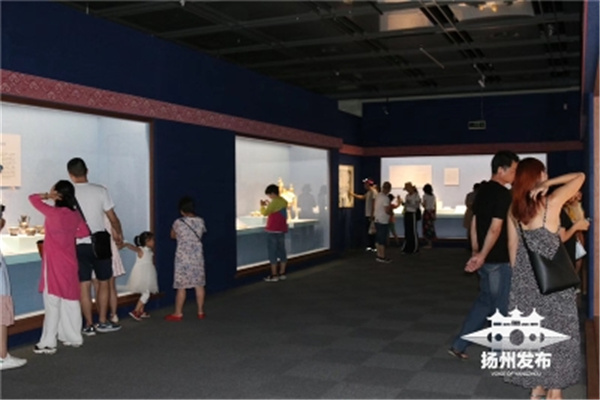 Visitors enjoy the exhibits at the Grand Canal show in Yangzhou. [Photo/yznews.com.cn]