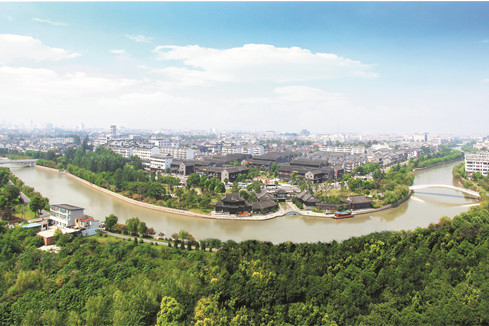 An event preparatory meeting was held in Yangzhou, Jiangsu province on July 15 for events such as the World Canal City Forum and the Canal Culture Festival to be held in late September.

The meeting was hosted by Xie Zhengyi, secretary of the CPC Yangzhou municipal committee.

Xie said that the Grand Canal is an important part of China's heritage and carries with its important implications for the new era. Yangzhou will promote the preservation of this historical landmark through a series of activities.

Xie also said that exhibitions and activities should complement autumn tourism and the National Day holiday. Events should help to bolster awareness and appreciation for canal culture through classic dramas and other high-quality programs.

The annual World Canal City Forum was founded in 2007 by the Yangzhou municipal people's government along with other canal cities around the world.

It has become a well-known platform for boosting cooperation among canal cities and promoting heritage protection, tourism development, environmental governance, urban construction, protection of the Grand Canal, and economic and cultural exchange among canal cities.