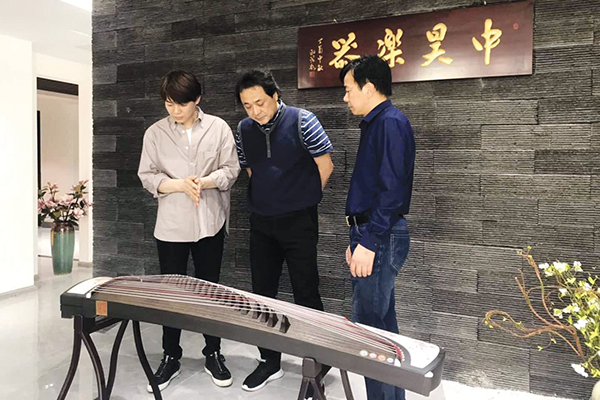 SEION has been making guzheng, as well as several Japanese traditional musical instruments such as shamisen (a three-string lute), for more than 200 years.

"We hope to expand the guzheng market by integrating the guzheng-making technique of SEION and the traditional Yangzhou skills," said Li Yanghu, manager of the industrial park.

SEION produces no more than 400 guzheng every year, as they are entirely handmade, according to Muramatsu Hisao, general manager of the company.

"Yangzhou is the home of guzheng. I'm very excited to see such a professional industrial park," said Muramatsu.

According to the agreement, the two sides will jointly develop four to six kinds of high-end guzheng to meet the educational needs of Chinese music universities.