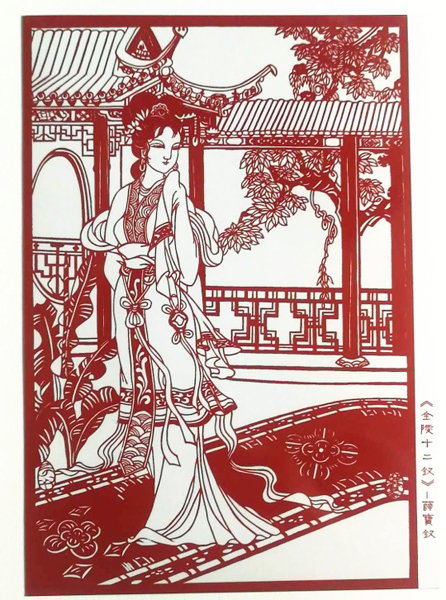 The ancient art of paper-cutting has evolved uniquely all over the world, no more so than in China.

The oldest surviving paper cutwork is a circle discovered in China dating back to the 6th century. From those distant times, paper-cutting continued to be practiced as a popular form of decorative art.

The city of Yangzhou in China had a deep and enduring tradition even in ancient times in the art form and is still renowned for it even nowadays.

Not unnaturally, the city has nurtured many paper-cutting masters. Ye Changyou is one of them.

"My father used to be a tailor in Yangzhou. At that time, tailors and paper-cuts were similar in many ways, so he developed another skill -- paper-cutting," Ye said.

Under his father's instructions, Ye learned the traditional paper-cutting skills of Yangzhou.

But, unlike the other masters in Yangzhou, Ye chose a different path.

After Ye retired from the army about 50 years ago, he landed a job in Lanzhou in Gansu province. That's when he fell in love with the city and decided to disseminate the art form in there -- thousands of miles from home.

To Ye, Gansu is his second hometown. The splendid folk culture of this land lent him the opportunity to combine the delicacy of the south and the ways of the north, forming his own unique style.

Ye used to study in Dunhuang, a county-level city in Gansu’s Jiuquan, and spent days there in the ancient caves. After he returned, he began to try to reproduce the exquisite surroundings in his own art form.

"Influenced by my father, my work has retained the meticulous requirements for composition and painting of southern paper-cutting. Like the flying apsaras on the Dunhuang murals, the design is exquisite, from the hairstyle styles to the folds of skirts."

Ye spent all his life promoting paper-cutting. He also cooperated with primary and middle schools, to teach the traditional culture to teenagers.

Some of Ye's works are being displayed at the intangible cultural heritages museum in Lanzhou, capital of Gansu province.