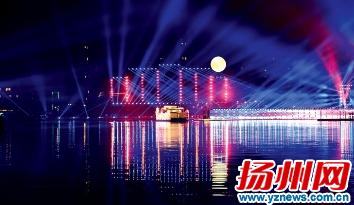 A light show during the opening ceremony of the Grand Canal Culture and Tourism Expo in Yangzhou on May 3 [Photo/yznews.com.cn]

The first Grand Canal Culture and Tourism Expo opened in Yangzhou, East China's Jiangsu province on May 3. The opening ceremony consisted of various activities, including a light show and an outdoor opera.

The 15-minute light show showed the past, present and future of the Grand Canal with more than 1,000 LED lights and inspiring music.

"The light show fully embodies the integration of humanism, art and technology," said Li Zhaorun, director of the show.

The opera, Yunzhihe (Canal), was staged at an outdoor theater by the Grand Canal. It was a stirring historical drama based on the excavation and development of the water course during the Sui and Tang dynasties (581-907).

The opera has won numerous awards since its premiere in 2014, including seven awards at the second China Opera Festival.

"It was amazing. I will remember the experience of watching the opera by the canal for the rest of my life," said Huang Min, an exhibitor from Hangzhou in Zhejiang province. 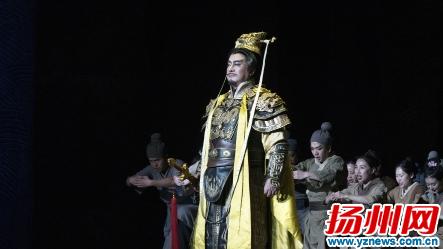 A scene from the historical opera Yunzhihe, staged at an outdoor theater by the Grand Canal in Yangzhou on May 3. [Photo/yznews.com.cn]