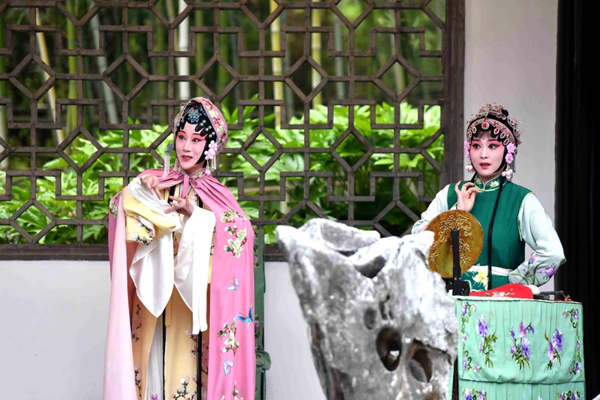 The youth edition of Peony Pavilion was rearranged by famous writer Bai Xianyong. While still based on the original story, the youth edition uses a 21st century aesthetic and combines elements of modern theaters, according to Yu Jiulin, a Kunqu Opera veteran.

Since the play was first staged in 2004, it has been touring the world and has gained high phrase from the public.

Kunqu Opera originated in the late Yuan Dynasty (1271-1368) in the regions of what is now known as Kunshan in Jiangsu province. It was included in the first intangible cultural heritage list announced by the UNESCO on May 18, 2001.