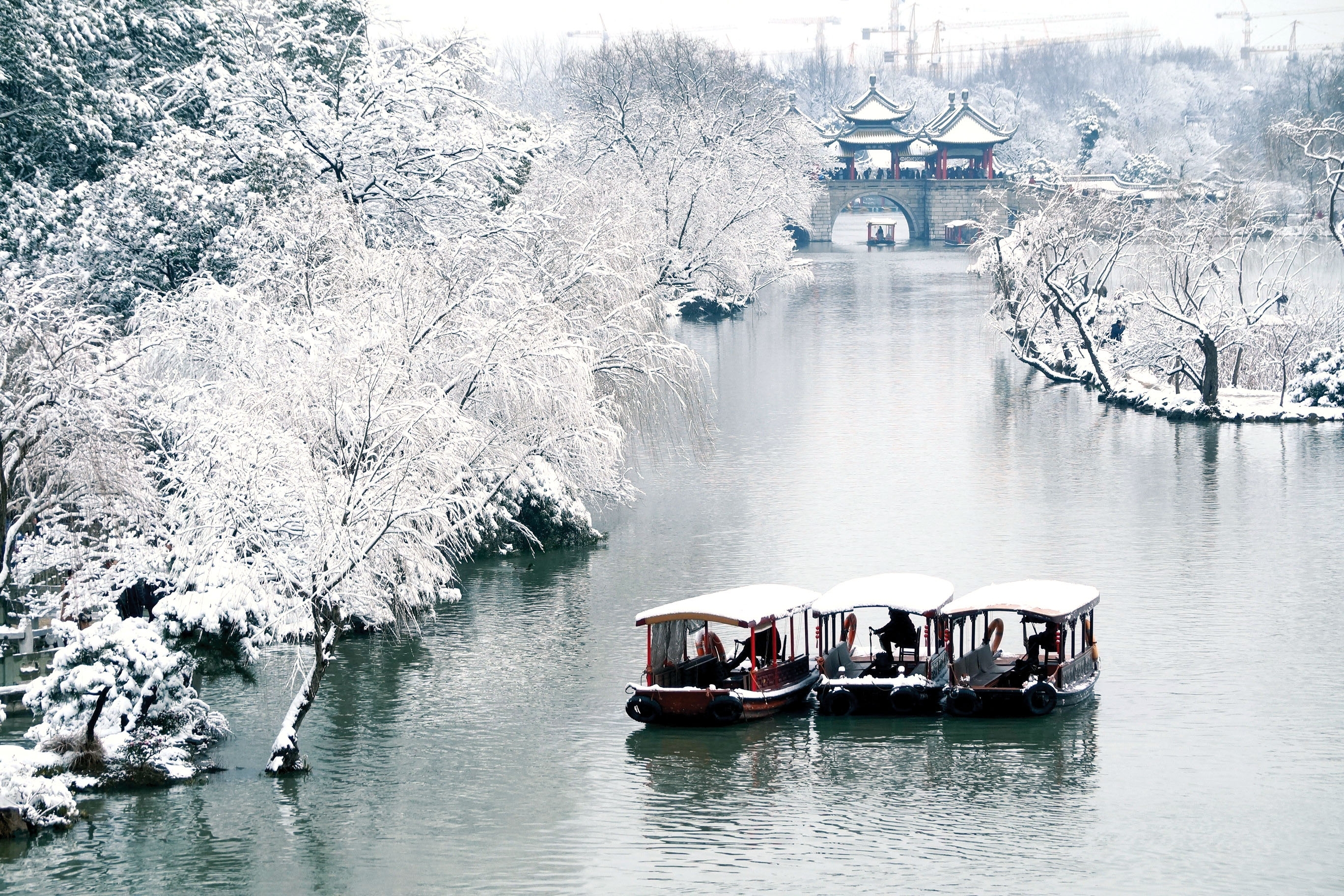 During the second half of this year's Spring Festival holiday, a cold front swept through Yangzhou, East China’s Jiangsu province, and brought the city the first snow of the Chinese New Year.

As snowfall gave the ancient city of Yangzhou and its traditional gardens a silver-white dusting, a good number of citizens and tourists were drawn to the city.