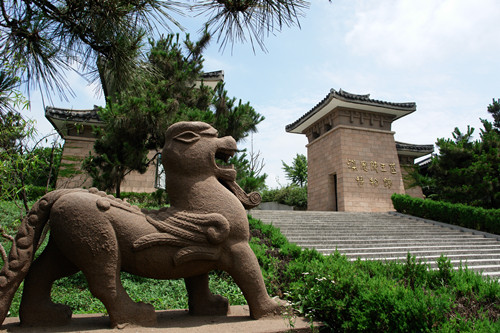 Hanling Garden, also known as the imperial tomb of Guangling King, is a 4A national scenic zone. Inside are the well-preserved tombs of Liu Xu, the first Guangling King of the Western Han Dynasty (206 BC–AD 24), and his queen, and their wooden coffins. The tomb is called an "underground palace" for its large scale, the most complicated structure and the most excellent workmanship among similar tombs in China. 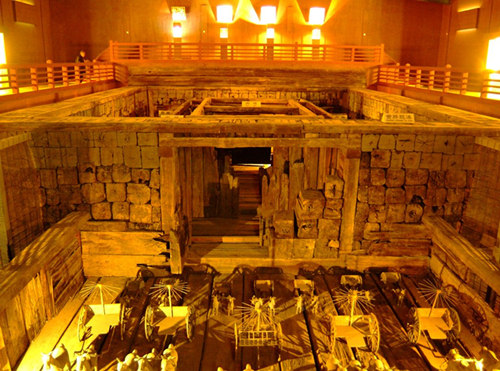 Entering the gate of Hanling Garden, you will see a pair of pixie-like winged lions on both sides of the path. Pixies are a mythical animal in ancient Chinese legends which can exorcise evil spirits. Their sculptures are placed before large ancient tombs to safeguard them. Such mythical animals can be divided into different categories. Tianlu and kylin are placed in front of the tomb of an emperor and a Pixie is placed before the tomb of a feudal lord king.

There are two magnificent gate towers on the platform. They are common in front of ancient palaces, temples and tombs, usually with one on each side, with a platform in between on which a watchtower is built. It is called "que" in Chinese, with the same pronunciation of "缺", because of the space between the two watchtowers. The entrance building on either side has two "que", the central one bigger than that on either side, also called mother-and-son que. The earliest "que" was used as safeguard and lookout and stone entrance buildings were used to record the title and achievements of the deceased. 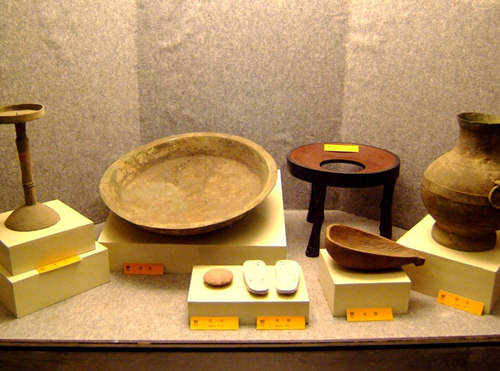 The underground palace, the largest building in the museum, is located in the center of the museum. Exhibit hall, which consists of a front hall, a passageway and main room, is distributed symmetrically along the longitudinal axle, with a north-to-south length of 64.4 meters, a west-to-east width of 29.4 meters and a total built-up area of 1,500 square meters. 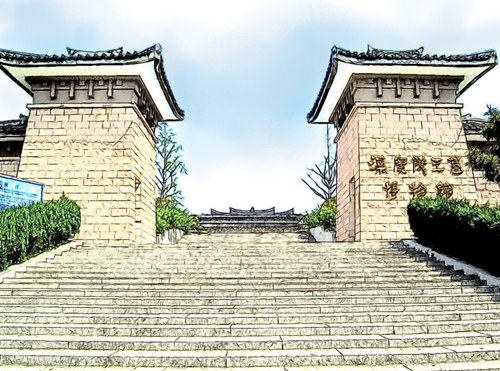