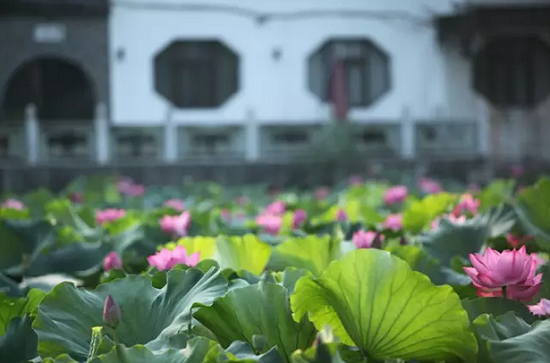 Roaming around the park, fascinating scenes can be discovered everywhere. Ancient courtyards and pavilions are mirrored by the water of the Lotus pond. Water slowly passes by exquisite rockeries, and bold and straight trees are accompanied by flowers in blossom.

The park, originally given the name of Nanchi and Yanchi, was called the Lotus Pond Park later because lotus flowers are widely planted there – the area of lotus flowers covers 1.3 hectares.