Dayun Yangzhou will debut in Yangzhou Grand Theatre on Sept 26, presenting the history, culture and spirit of the beautiful city in East China's Jiangsu province.

After its premiere next Monday, the ambitious 70-minute show, which incorporates elements from the region's art, traditions and folk culture, as well as major events in the city's 2,500-year history, will be staged each weekend and during peak tourist seasons in a bid to promote local tourism. 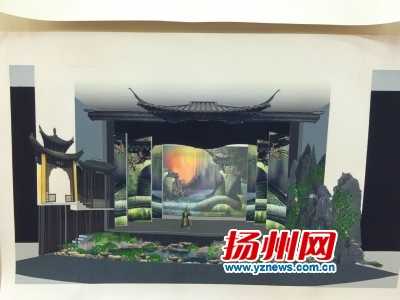 An artist's impression of the stage in Yangzhou Grand Theatre. [Photo/Yangzhou Daily]

One of the highlights of the show is the spectacular recreation of local landmarks such as the beautiful Geyuan Garden, which is often referred to as one of China's "four famous gardens".

Cutting-edge 3-D projection technology is used to depict the garden during all four seasons, along with the Grand Canal and Yangzhou's old-style cobbled streets. 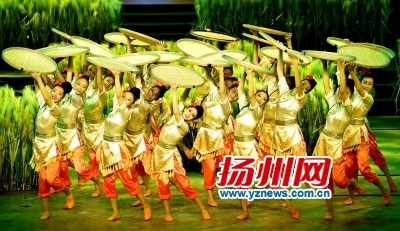 Combined with the performances of dozens of local musicians and dancers, Dayun Yangzhou offers its audience a real feast for the eyes and ears.

A special performance of Dayun Yangzhou will also take place in Yangzhou Grand Theatre on Sept 29 to celebrate the 10th anniversary of the Yangzhou news website.