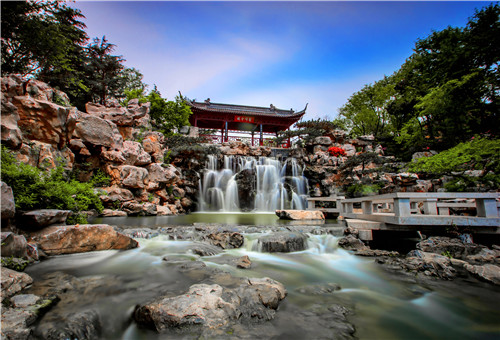 Shuangfeng Yunzhan was one of the 24 representative sceneries of the Qing Dynasty (AD 1644-1911) in Yangzhou City, Jiangsu province. It is a plank road built between two 26-meter high peaks. Nowadays, it has been reconstructed at its former site and opened to the public.

The change in altitude from south to north creates a landscape fit for waterfalls to flow. The largest waterfall, measures 11 meters wide and six meters high, and is acclaimed as the largest one of its kind in Yangzhou.