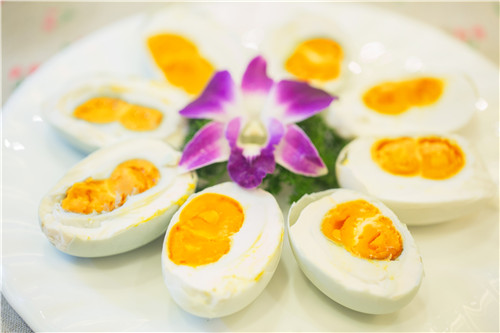 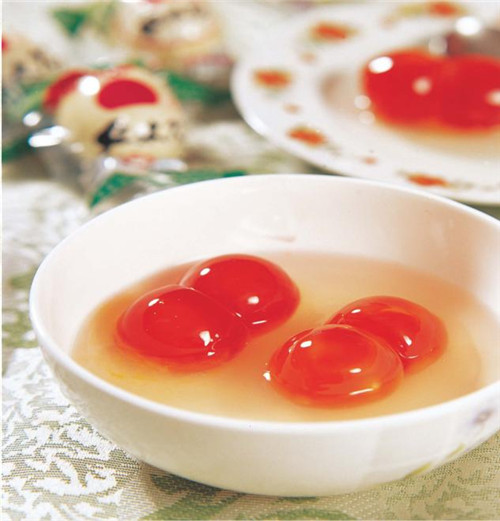 Gaoyou in Yangzhou City is well known for its specialty, double yolk duck eggs. In other parts of the world this would seem as an extreme rarity, however, duck production in Gaoyou stretches as far as back as the sixth century that modern producers have narrowed it down to an art form. The yolk of Gaoyou double yolk duck eggs is blood-red in color, with a fine texture, rich in yolk oil. They have been acclaimed as one of the "100 flavors worth tasting worldwide".